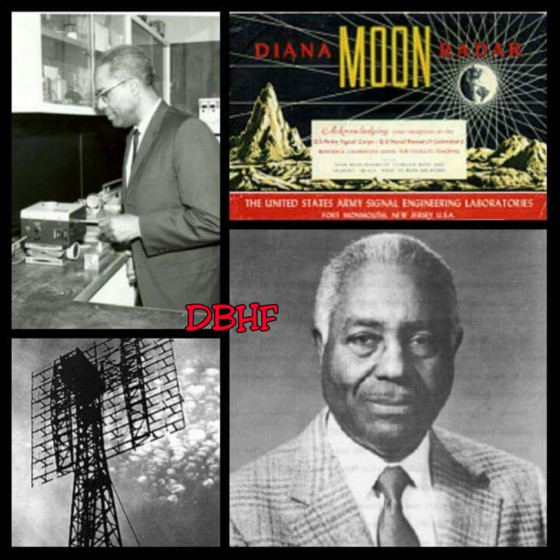 Walter S. McAfee was a scientist and astronomer, notable for participating in the world’s 1st first lunar radar echo experiments with Project Diana

HIS EDUCATION: McAfee was born in Ore City, Texas in Upshur County, as one of nine children. His parents grew up on a farm and his dad was a CME minister. After graduating from high school in Marshall, Texas, Freeman Prince Hodge taught him physics and he graduated from Wiley College in 1934, and achieved an MS at Ohio State University in 1937. McAfee earned a Ph.D. in physics from Cornell University in 1949.

HIS CAREER: During World War II, Walter McAfee was a member of the U.S. Army Signal Corp Engineering Laboratories. There he distinguished himself in electromagnetism and radar. He was a member of the Project Diana team that was responsible for the 1st lunar radar echo experiments in 1946. The goal of Project Diana was to determine if a high frequency radio signal, could penetrate the outer atmosphere of the earth. The solution was to send a radar signal to the moon and bounce it back to earth. For this they needed an accurate computation of the velocity of a position on the moon relative to a position on the earth.

Dr. McAfee performed the calculations, and on Jan. 10, 1946, the experiment was successfully conducted. Unfortunately, McAfee’s contributions to Project Diana (even his name) were not mentioned in news reports about the experiment.

●Dr. McAfee received the Rosenwald Fellowship in Nuclear Physics and the Secretary of the Army Fellowship, presented by President Eisenhower at a White House ceremony.  The fellowship enabled McAfee to study radio astronomy for two years at Harvard University.

●Dr. McAfee was awarded an honorary doctorate in science from Monmouth University in 1958, and the Steven’s Award from Steven’s Institute of Technology in 1985.

●Dr. McAfee is listed in “American Men and Women of Science,” “Who’s Who in the East,” and “Who’s Who Black Americans. ”