It was the Rev. Martin Luther King Jr. who had the idea to use nonviolent protest to do for the poverty-stricken what he and other civil rights leaders had done for disenfranchised blacks. After King’s assassination, his successor at the Southern Christian Leadership Conference, the Rev. Ralph Abernathy, saw the project through.

The first demonstrators arrived in Washington on May 12, 1968, on buses from Mississippi. Fifteen acres had been secured near the Reflecting Pool. An architect named John Wiebenson designed simple structures for the demonstrators — eventually numbering more than 2,800 — to live in. Soon Resurrection City had streets, a city hall, a general store, a cultural tent, a first-aid station .

It also had rain. It rained 11 of the first 19 days that Resurrection City was in existence, turning the ground into a muddy, gloppy mess. Even so, many residents contended it was nicer than the homes they had left behind. Sen. Eugene McCarthy sent a telegram endorsing the campaign. Mayor Walter E. Washington visited Resurrection City, declaring: “All I’ve seen is in pretty good shape. . . . Things are well in hand.” 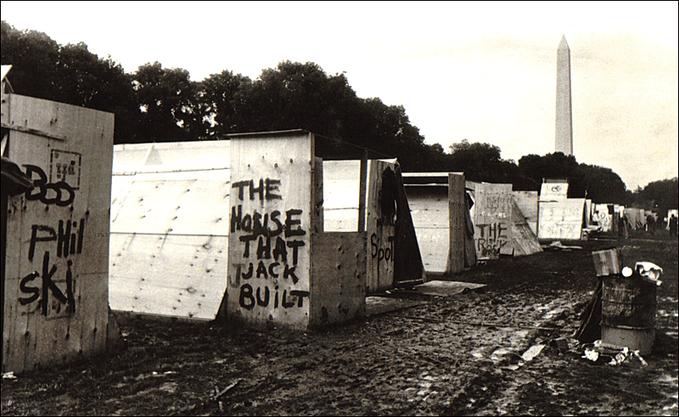 But many of the same criticisms that dog the Occupy Wall Street movement soon surfaced, chief among them a lack of clear demands. Calls for “freedom” and “justice” were not specific enough. Wrote The Post: “Sympathetic Senators and Congressmen who have kept an informal liaison with Campaign leaders are pleading for clarity.” Still, it was hard to argue with the protesters’ main desire: a meaningful job at a living wage for every employable citizen.

Read More: Before Occupy D.C., there was Resurrection City – The Washington Post