Richard Cain: Political and Civic Leader of Charleston, SC During the Reconstruction Era 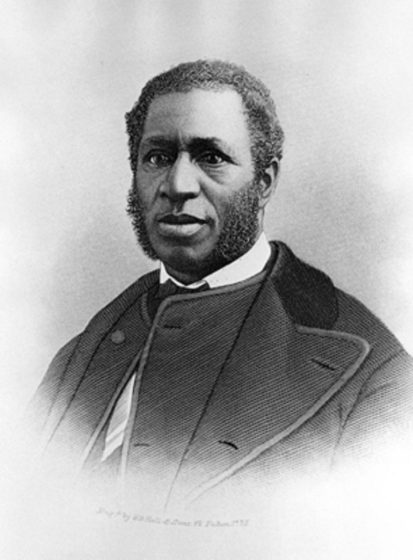 Richard Cain was a political and civic leader of Charleston, South Carolina during the reconstruction era.

Cain was born to free parents. His family moved to Gallipolis, Ohio in 1831. He attended school and worked on the steamboats along the Ohio River. Cain entered the ministry in Hannibal Missouri, in 1844, but was unhappy with their segregation practices. In 1848 he joined the African Methodist Episcopal Church and was a minister in Muscatine, Iowa. In 1865 through the A.M.E. Church, Cain went to South Carolina, where he was a delegate to the state constitutional convention of 1868 and a member of the state senate from 1868 to 1870. It was during this time that Richard Cain published and edited the South Carolina Leader, later renamed the Missionary Record.

Cain was elected to the House of Representatives in 1872. He served on the Committee of Agriculture witht he forty-third Congresss. He worked passage of a civil rights bill introduced in 1870 with a speech about his personal experiences during a trip to Washington D.C. He declined to seek re-nomination after his seat was eliminated but was active to reform the Republican Party.

He was elected again in 1876 to Congress from the second district. Here with the forty-fifth Congress he served on the Committee of Private Claims. He became a bishop in the A.M.E. Church in 1880, he helped set up Paul Quinn College in Waco, Texas and served as it president until 1884. Richard Cain returned to Washington and died on January 18th 1887.