Before Martha Stewart, There Was Lena Richards 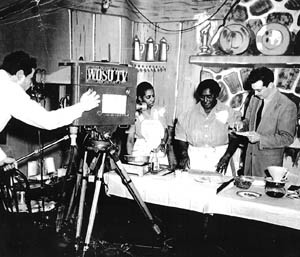 Richard, an #African American, operated several New Orleans restaurants beginning in the 1920s. She also ran a catering business and, in the 1930s, a cooking school. She was a television cooking show pioneer; WDSU featured her program from 1947-49. Through the intercession of James Beard, Houghton Mifflin published Richards’ New Orleans Cook Book in 1939.