Thomas P. Johnson: Politician & Served in the Union Army During the Civil War

Thomas P. Johnson arrived in Arkansas as a slave from North Carolina in 1859. He was a bout 38 years old. He became a well-known politician who served in the Union Army during the civil war.

After the war, Johnson was elected one of eight Black members of the 1868 Arkansas Constitutional Convention, representing Little Rock (Pulaski County), Arkansas, where he was a minister. He was active at the Convention, speaking seven times and serving on two of its committees.

Johnson is said to have received legal training from his owner prior to emancipation that was sufficient to pass the bar examination. He was admitted to practice by the Arkansas Supreme Court on July 25, 1870, but may have been admitted earlier, in 1866, in Pulaski County (Little Rock). The 1870 census records report that he owned $2,000 in real estate and $500 in personal property, making him fairly well-to-do. His occupation is listed as Justice of the Peace.

Johnson served as a Justice of the Peace in Little Rock for twelve years, and then alternated between practicing law and serving as minister (Baptist and Methodist congregations) for the rest of his life. He was President of the Wonder State Bar Association, a legal organization of Black Lawyers, in 1901. Johnson did represent clients in court. On one occasion, he was cited for contempt of court and sentenced to jail for three days. He was released the same day by order of another judge who found an error in the contempt citation. Thomas Johnson died in Little Rock, Arkansas, on December 6, 1905. 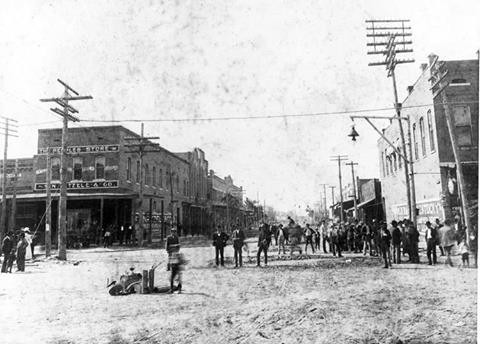 Thomas P. Johnson
« Previous PostPoem: "I Am a Black Woman" by Poet, Writer Mari Evans Next Post »Not Only Did The Catholic Church Condone Slavery, They Participated In It