To Infinity and Beyond! The Famous Black Astronaut Dr. Mae Jemison 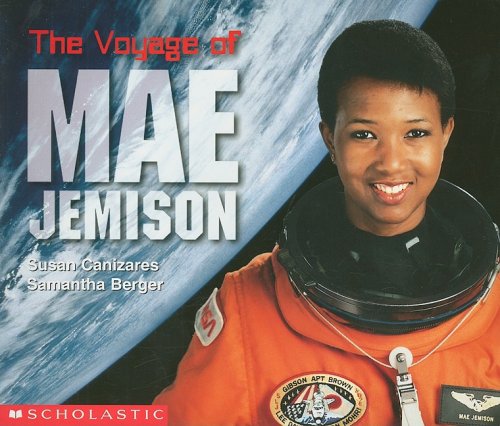 Mae Jemison is known as the first African American woman in go into space. She was born on October 17th, 1956, in Decatur, Alabama. She is the youngest child of Charlie and Dorothy Jemison. Jemison grew up in Chicago, Illinois, moving there when she was three years old for better educational opportunities. Her talents and academic abilities were always praised and supported by her family, and a thirst for knowledge was fostered in Jemison at a very young age. She spent hours in the school library reading about science as a child, and was an honor student all throughout high school. In 1973, she graduated from Morgan Park High School, and went off to Stanford University on a National Achievement merit scholarship.

During her time at Stanford, Jemison was involved in many activities, including dance, theater, and the Black Student Union- where she was the president. She graduated from Stanford in 1977 with a chemical engineering degree and moved onto Cornell University Medical College. In medical school, Jemison had several experiences working and studying abroad in Cuba, Kenya, and Thailand, which later inspired her to join the Peace Corps as a medical officer in Sierra Leone and Liberia after she graduated with her M.D. in 1981.

It was not until Jemison’s return to the United States that she made a major career change in her life that catapulted her to historic feats. She applied to the NASA astronaut training program and was chosen as one of the 15 candidates out of 2,000 applicants. Selected on June 4th, 1987, Jemison became the very first African American woman admitted to the program. After her training, she became a science mission specialist, and became the first African American woman in space on September 12, 1992 on the mission STS47. During her eight days in space, Jemison conducted experiments on the space shuttle on weightlessness and motion sickness. One of the things Jemison noted following engagements after her flight, was that if women and marginalized populations were given more opportunities, they could contribute indispensable knowledge to society.

Jemison has received countless awards to recognize her historic accomplishments. She has received several honorary doctorate degrees, the Gamma Sigma Gamma Woman of the Year award in 1990, The 1988 Essence Science and Technology Award, the 1992 Ebony Black Achievement Award, and the Dartmouth College Montgomery Fellowship in 1993. Mae Jemison’s accomplishments and life story continue to inspire young black girls all over the country to pursue education and careers in STEM fields.