Nat Fuller was a newly freed Black cook, who hosted a feast at his restaurant, The Bachelor’s Retreat, in downtown Charleston, South Carolina in 1865. The purpose of the dinner was to mark the end of the American Civil War and the demise of slavery in the United States. 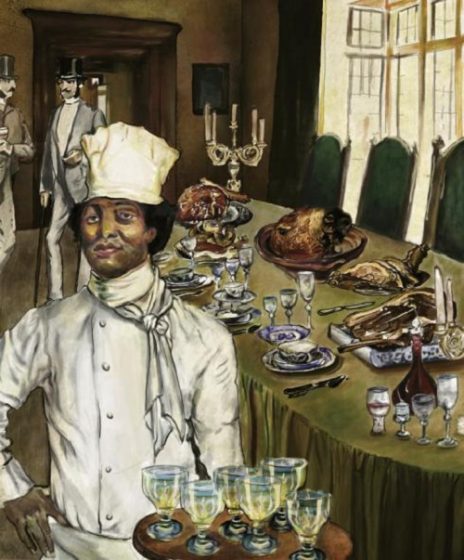 Fuller was born in 1812 to a planter father and an enslaved mother. At the age of 15, Fuller was sold to a local businessman as a cook and butler. He lived as an enslaved man before the war, but during the 1850s, he was able to negotiate an arrangement with his owner, William C. Gatewood.

Fuller would live separately and conduct business independently throughout the city in exchange for a share of his profits. Over time, Fuller worked as the chief marketer of the game as a caterer for elite society banquets, and finally as a premier restaurateur. The names of the individual guests at Fuller’s 1865 feast remains a mystery.

However, The Bachelor’s Retreat most likely included fewer than one hundred guests. They may have come from any of Fuller’s long line of connections. It is believed that most probably belonged to the elite ranks of his typical clientele as an exclusive caterer and restaurateur,

Accounts of the feast suggest that the guests sang, drank, danced and praised President Abraham Lincoln as they slowly embraced being a part of the North’s Union states. For all in attendance at Fuller’s Feast, including possible Confederate guests, the event marked the end of a devastating war and a new beginning in the nation’s history.