A Voluntary Exile: The Practice of Racial ‘Passing’; a Dormant Tradition in the U.S.

Racial passing refers to a phenomenon that occurs when an individual who is a member of a particular ethnic group is also, knowingly or unknowingly, accepted as a member of another racial group. During the period just after the end of slavery, very many African-Americans were masquerading as whites in order to seal their black identities, which was commonly entitled to segregations and discriminations. This was to enable them to enjoy the benefits of certain services which were only meant for the whites, such as education in the white schools.

In the United States, the term “passing” was particularly used when describing the individuals of multicultural ancestry (from a minority race) masquerades or gets assimilated into the white majority. This was the era during which the legal and social conventions of the hypodescent classified such people under minority race, thereby becoming subject to racial discrimination and segregation. 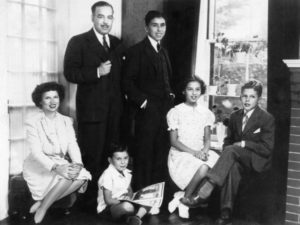 The opportunities for passing during the colonial and pre-Civil War eras commonly resulted from the mating between slave-owners and their slaves. This was then followed by the further inbreeding and whitening of the mulatto offspring, who were then capable of slipping into the dominant society (white community) without being noticed. At the post-Reconstruction South, politicians and students schemed to legally segregate their races, which necessitated the definition of who was not white using a combination of percentages and the infamous “one drop rule.” This resulted in the condemnation of those who had the observable “Negroid features” to a life of grave hardships.

For more than two centuries, persons of mixed-race, especially the African-American, passed in the white race, leading to the loss and lack of discernible African heritage. Some of the people who involved in the racial passing for some reasons included:

Finally, there is this story of the Stanford historian, Allyson Hobbs, who had a distant cousin who passed in the white race and she would never meet nor hear of her again. This was exactly how the masquerading white cousin wanted it to remain. Allyson’s cousin had been living as a white female far away in California since her graduation from high school, and this is how her mother also wanted it to be. Hobbs’ cousin was from a black descent but literally looked “white.” The cousin’s mother felt like that was the best thing she could ever do to her daughter in order to enable her access the opportunities she could not get had she continue living as a black woman in the Southern Chicago. As a young woman, Hobbs’ cousin passed as a white while living in California, got married to a white man, and bore children together. The children never, at any instance, realized that they were from a black ancestry until the day when a phone rang from their mother’s home to break the sad news of the death their black grandfather. Allyson cousin’s reply to the call was that she was a white woman and could not afford to attend a black burial. She ended up missing the funeral of her father, mother, as well as all her siblings from the black ascent.