Walter Edwards, one of Oklahoma City’s most prominent African American entrepreneurs and a real estate developer, also owned a junk business. He is credited with ending residential segregation in Oklahoma City and influencing the Federal Housing Authority to approve mortgages to African Americans.

Born in Maston, Mississippi, on March 23, 1891, Walter Edwards acquired only a fourth-grade education. He arrived in Wellston, Oklahoma, in 1907 and in 1915 moved to Oklahoma City where he found work as a laborer in a junkyard. Within fifteen years he owned a baggage-hauling company, a carpet business, an iron foundry, and two drive-in gasoline stations. Losing everything in the Crash of 1929, he recouped his fortune by selling scrap iron via Edwards Scrap Iron and Junk Yard, later called American Iron and Metal.

Edwards businesses later expanded to include a taxi line, an auto repair shop, and pharmacies, employed hundreds of persons. In 1930 Edwards married Frances Gilliam Waldrop, a South Carolina–born teacher, bookkeeper, and real estate dealer who came to Oklahoma through Texas,

Edwards and his wife, Francis, are most famous for their philanthropic work, including Edwards Memorial Hospital built in 1948. This hospital served African Americans in the Oklahoma City area and was funded completely by Edwards. It cost an estimated $400,000 at the time. In 1940 Walter Edwards won the National Negro Business League’s coveted Spaulding Award, given to its most outstanding member. He also served as president of the Negro Chamber of Commerce. Walter Edwards died April 25, 1972, in Oklahoma City. 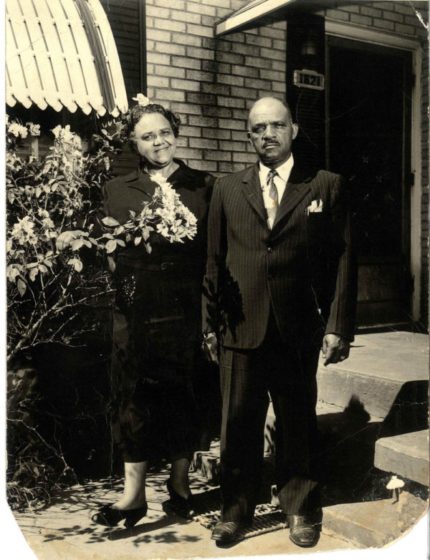