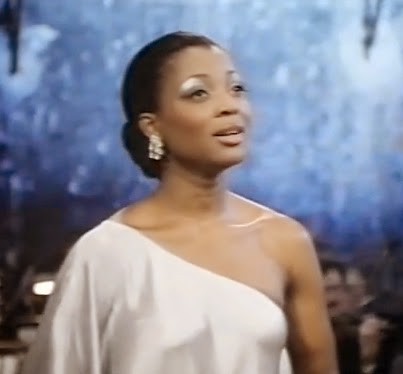 Wilhelmenia Fernandez was an American soprano, sometimes billed as Wilhelmina Wiggins Fernandez. She is best known for her appearance in the 1981 film, Diva, the first feature film by director French director Jean-Jacques Beineix.

Fernandez was born in January 1949 and was raised in south Philadelphia. She received her early training at the Philadelphia Academy of Vocal Arts which was followed by a scholarship at The Julliard School of Music in New York. She briefly worked as an insurance company secretary before quitting to pursue her career as a singer.

Fernandez made her operatic debut as Bess in Porgy and Bess, for Houston Grand Opera, production which toured both in the United States and Europe.

Her debut in Paris was as Musetta in La boheme, and at the New York City Opera in the same role in 1982. Another one of Fernandez most notable roles was Carmen Jones for which she received the Laurence Oliviever Theatre Award in 1992 as Best Actress in a Musicial.

Fernandez has also made several recordings of George Gershwin and of Negro spirituals. She also performed in numerous operas and recitals in cities all over the world.