Over the past 20+ years, Captain Gail Harris has built a unique professional career that includes breaking ground for women and African Americans in the military, providing combat-proven leadership and intelligence analysis during major international conflicts, and developing policies and strategies for mitigating cyber warfare. She is also recognized as an engaging educator, expert speaker and trusted role model for women and men in the military and civilian sectors. 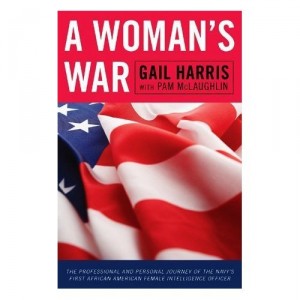 Since 2006, Captain Harris has served as a consultant, advisor and writer for various organizations nationwide. Two years ago, she was sought out by the Naval War College to draw on her extensive knowledge of intelligence and national security to assist in strategic planning for the 21st century. She also attended the Analytic Transformation Conference (sponsored by the Intelligence and National Security Alliance), where she recommended program improvements to government intelligence leaders. In addition, in 2007, she participated in an educational exchange program in Egypt.

Prior to stepping into this independent consulting role, she succeeded as Intelligence Specialist for Lockheed Martin, where she compiled, interpreted and presented complex intelligence and aided in strategic decision making and was a key member of teams proposing follow on solutions for the Navy’s manned airborne intelligence aircraft. Applying many years of experience with the U.S. Navy, she made a valuable impact in corporate maritime operations.

Early in her career, Captain Harris was recognized and hand selected to serve as he first woman in Naval History to serve as Intelligence Officer in a Navy aviation squadron. When she retired in 2001, she was renowned as the highest-ranking African American female in the United States Navy.