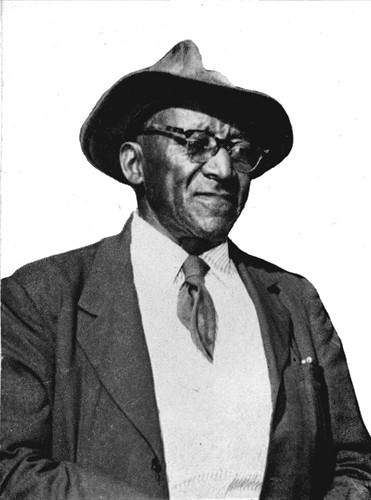 Allen Lawrence Young was a community leader, educator, and founder of the Wake Forest Normal and Industrial School for Negroes in North Carolina.

Young was born in Wake County, North Carolina and was the oldest of ten children to Henry and Ailey Fowler Young. Allen Young had a very little formal education. As a child, he attended the Wake County public schools.  He also worked odd jobs to help support his family. Young often worked for different families in the town of Wake Forest including the faculty members at Wake Forest College, those who gave him private instruction.

Young entered Henderson Institute, then Kittrell College in Vance County, and eventually Shaw University. After obtaining his teaching certificate he taught in a county public school in the northern Wake County community of Wyatt.

In 1905, Young and Nathaniel Mitchell met in Young’s home and organized the Presbyterian Mission School for Colored Boys and Girls. Young was named principal and the school’s only teacher for the first year. Thirty students enrolled in classes had been designed to prepare the children for practical duties of life. Boarding facilities were provided in neighborhood homes, including that of the principal.

A catalog for the second scholastic year which began on October 8, 1906, listed tuition charges of 25 to 50 cents per month for courses in the literary department, and of $1.00 to $1.50 in the musical department. Room and board were $5 per month; the students furnished their own bedclothes, books, and lamp oil and were “required to do at least two hours’ work each day.” Boys received practical farming instruction and experience and eventually manual training. Girls learned housekeeping, sewing, and cooking and assisted in providing the meals for the boarding students. Students also raised and canned vegetables to be sold in a nearby store established by Young about 1914. For a bakery added later, they baked rolls and bread for sale.

The school’s enrollment dropped after the state improved the public education for blacks. First, the high school was discontinued followed by the phasing out of the grade schools. In 1978, only one of the school’s five buildings survived, relocating a few yards west of its original site. Young’s daughters living nearby preserved a single sewing table and classroom chair.

Young took an active role in annual Emancipation Day observances in the area. The facilities of Young’s school were frequently used for meetings such as sessions of the Rural Progressive Uplift organization. Young’s final year of his school was also his last year of life. Allen Young died at home at age eighty-one.