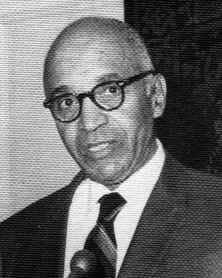 A prolific writer, Benjamin Quarles published ten books, 23 articles, and hundreds of shorter pieces of various sorts. In his writings, Quarles focused on giving detailed attention to the contributions made by the black soldiers and abolitionists of the American Revolution and the Civil War.  Most of his books were narrative accounts of critical wartime periods that focused on how blacks interacted with white allies. Books by Quarles include The Negro in the Civil War, The Negro in the American Revolution, Lincoln and the Negro, and Black Abolitionists.

Benjamin Quarles was born in Boston, Massachusetts. His father Arthur Benedict Quarles was a subway porter and his mother was Margaret O’Brien. Benjamin went to local public schools. After completing his primary education, he enrolled at Shaw University, a historically black college in Raleigh, North Carolina, where he received his B.A. degree in 1931. He earned his M.A. degree from the University of Wisconsin–Madison in 1933, and Ph.D. from there in 1940. Initially, he faced resistance for wanting to write black history but finally received support for his goal. His writing style was acquired from the techniques of Professor William Hesseltine.

Quarles returned to Shaw University, working as an instructor of history from 1935-1939. He later moved to New Orleans where he became a full professor and served as dean at Dillard University.  In 1953, he took a job as a professor of history and chair of the department at Morgan State University. At Morgan State is where Quarles reached near-legendary status as the long-time head of the History Department, a revered teacher, and counselor, an intellectual and professional mentor for two generations of African-American scholars.

His books were a required reading in the African-American history courses developed throughout American universities during the 1960s with civil rights movement and the interest of women and minorities. After his official retirement in 1969, he was awarded professor emeritus status and kept teaching for several years. Quarles died in 1996 of a heart attack at the age of 92.