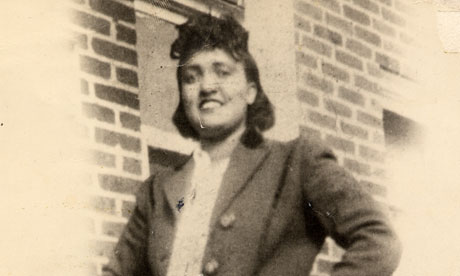 Not everyone knows the name of Henrietta Lacks, though they may have heard of the HeLa cell line. The discovery of HeLa cells significantly propelled medical research since the year 1951, and are still used in medical research to this day. The woman behind the cells, however, rarely gets the same attention that her cells do. The taking of her cells without her permission has created many debates, both legal and ethical, about the rights to one’s own genetic material.

Henrietta Lacks was born on August 1st, 1920, in Roanoke, Virginia. She met her future husband at the age of 14, her cousin, David Lacks. With David she had five children, Lawrence, Elsie, David Jr., Deborah, and Joseph. She and the family moved to Maryland after the children were born. On January 29th, 1951, Henrietta Lacks went to Johns Hopkins Hospital because she was experiencing abnormal pain and bleeding in the stomach. She was diagnosed soon after with cervical cancer. Lacks did not live past the year, dying on October 4th, 1951 at the young age of 31. Before her death and during her radiation treatments, doctors removed some samples from Lacks’s cervix without her knowledge.

Lacks’s cells ended up in the hands of Dr. George Otto Gey, who observed them in his laboratory. He noticed that they were unusual, living far longer than the few days cells normally survived. Gey isolated a specific cell and multiplied it into a cell line. He then called the cell line HeLa, naming it after Henrietta. After he did this, the medical world was soon revolutionized. HeLa cells were used to develop the polio vaccine by Jonas Salk, which made them even more popular for researchers to use. In the year 1955, the cells were cloned and distributed, and the demand for them rose and rose. Now, over ten thousand patents have been registered that have used HeLa cells.

Because Henrietta Lacks never consented to her genetic material being gathered or used for research, her case had presented questions about ethics and legality of using one’s genetic material. In the California Supreme Court case Moore vs. Regents of the University of California, the court upheld the decision for discarded genetic material to be legally used commercially. The Lacks family has been unable to gain control of the HeLa cells, but since their case has been known more broadly, the National Institute of Health has agreed to acknowledge the family in scientific papers and has also given them some oversight in Henrietta’s genome. Though HeLa cells revolutionized the world of medicine, her case is exemplary of the way black bodies have been used throughout history without permission, but not recognized for their contributions.
Source: http://www.biography.com/people/henrietta-lacks-21366671#life-and-death