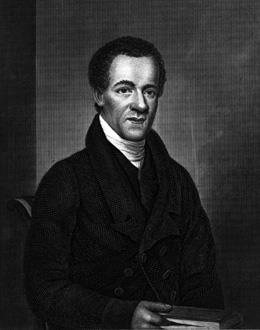 Samuel E. Cornish edited Freedom’s Journal, the first black-owned and -operated newspaper in the United States. Freedom’s Journal was circulated throughout 11 states, as well as Canada, Europe, and Haiti.

Although Samuel E. Cornish was not a graduate of the NYAFS, his life and career were connected to the school’s progress. Samuel E. Cornish was a free black man born in Delaware in 1795. Along with John B. Russworm, Cornish edited Freedom’s Journal, the first black-owned and -operated newspaper in the United States. Freedom’s Journal was the first newspaper to note and publish the important occurrences among the black community, including births, deaths, and marriages.

The paper was circulated throughout 11 states, as well as Canada, Europe, and Haiti. The paper also featured stories about notable African Americans as well as providing international and local news stories. This publication in many way anticipated publications like Frederick Douglass’s North Star.

Cornish resigned from the newspaper, but did not relinquish his role as an advocate for African Americans. Among other tasks in the community, Cornish worked on behalf of the New York African Free School, acting as a liaison in the sometimes tense relationship between the school administrators and the parents of young African Americans in the community. According to Charles C. Andrews, Cornish inquired “into the condition of every coloured family in this city.”

For Andrews, Cornish’s “services have been of essential use, in stimulating the parents to send their children to school, and in furnishing more minute information relative to our coloured population.”

Cornish’s reports to the Manumission Society seemed to indicate that it was not lack of interest that sometimes kept black parents from sending their children to school. Rather, the often crushing poverty families faced rendered it impossible to spare children from the working world. In other cases, families might be willing to send their children to school, but lacked the warm clothing those children would need for the often long walk to class.

In response to this need, African American women formed the African Dorcas Society, which worked to supply warm clothing for families in need. Cornish died in New York City in 1858.