In August of 1966, a federal judge ordered that Black students be allowed to enroll in formerly white-only schools. Approximately 450 African American students enrolled before the school year on September 2, 1966. 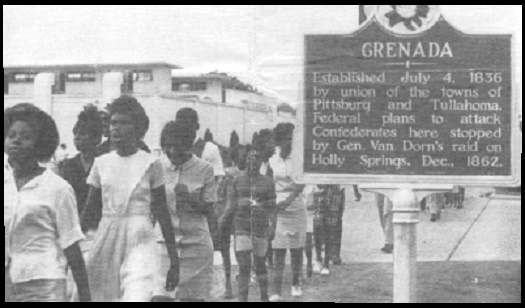 After Grenada’s school officials witnessed how many African American students had enrolled, the district postponed the school year by 10 days. White leaders in the community used the time to coerce black parents to pull their children out of the schools. Black parents who resisted were threatened with losing their jobs and being evicted from their homes. As a result, 200 students were pulled out of the school by their parents.

The mob violence continued for several days, with no intervention from law enforcement. On September 16, a federal judge ordered protection for the students, and on September 17, 13 members of the mob were arrested by the FBI.