Cesar: Expert Practitioner of Traditional African Medicine in the South

Cesar was a successful practitioner of traditional African medicine in the southern United States during the middle of the 18th century. In recognition of his accomplishments, the South Carolina legislature took the unprecedented step of freeing him from slavery and awarding him a substantial lifetime stipend.

Born around 1682, Cesar was acquired as a slave under unknown circumstances by a Beach Hill, South Carolina, resident named John Norman. No record has been found of Cesar’s parents or birthplace, but the herbal remedies he prepared and prescribed as a medicinal practitioner later in life reveal extensive familiarity with the healing traditions of Africa and the Caribbean, so it appears likely that he was born and raised in one of these two places and later taken as a slave to South Carolina. Another possibility is that he was born into slavery in the Carolinas and raised by African midwives with knowledge of both African and Native American influence, a notion substantiated by his apparent familiarity with remedies and tinctures made from New World plants.

Cesar’s first recorded appearance in history dates from the year 1749, when South Carolina legislators voted to recognize his accomplishments by purchasing his freedom, giving him a one-time award of 50 pounds, and authorizing payment of an annual stipend of 100 pounds. Such an action was radical on the part of legislators in a pro-slavery state, but Cesar’s scope of knowledge was great enough—or he was able to make it appear so—that the state was willing to compensate him in exchange for his knowledge. Physicians were few and far between in the rural south, and the populace held a general mistrust of the medical profession and often preferred to treat friends and family at home if at all possible. In this tradition, families often relied on the assistance of slaves or neighboring Africans and their indigenous wisdom.

By curing other slaves as well as members and neighbors of the Norman household, Cesar earned a reputation as a highly competent and knowledgeable healer. He was especially renowned for curing the effects of poisons and snakebites. When some plantation owners and overseers began to suspect that they were being poisoned by their slaves, Cesar was able to cure their ailments, and it was in exchange for this medical recipe that the government saw fit to free and reward him. In addition, South Carolina paid Norman 500 pounds sterling as compensation for freeing his slave. Once the deal had been struck, Cesar provided his recipe, a strained mash of plantain and horehound, and the state ordered that it be published in the May 1750 issue of the South Carolina Gazette so that all citizens could benefit from Cesar’s “cure-all” poison remedy. It was so popular that a year later, the recipe was reprinted due to demand. Once he had his freedom and his stipend, Cesar freely shared several other remedies for ailments, ranging from certain kinds of skin lesions to “the fits.”

Accounts of Cesar’s medicinal practices show that he had a deep understanding of the African healing tradition. His knowledge of herbal remedies, for instance, went beyond knowing what plants were thought to be effective against which maladies, and how to identify these plants, what time of year to collect them, what parts of them to use, how to use ingredients in combination, and how to administer the resulting medications.

Because scientifically designed and controlled medical trials were unknown prior to the 19th century, the legislators who approved the deal with Cesar had to be persuaded of his accomplishments on the strength of anecdotal evidence. A committee had reviewed one patient after another describing how his or her life was saved at Cesar’s hands. No one seems to have systematically evaluated the validity of these claims, but it is generally accepted that while some African medicinal practices may have been questionable, others were sound. This is in accord with the historical fact that more than a few modem drugs have been developed by isolating substances from plants belonging to the body of traditional medicine. Aspirin, to take the most famous example, was discovered because its source, the bark of the willow tree, had long been recognized among diverse cultures as a substance that alleviates pain.

A series of advertisements for herbal remedies published in a Charleston, South Carolina, newspaper between 1761 and 1762 maybe a clue to Cesar’s life after 1749. Placed by a Charleston business operating under the name Van Schaak & Grierson, the advertisements feature an image of an African American holding a pestle and include the information that the establishment can be found under “the sign of the Negro and the Golden Mortar.” The possibility that these images depict Cesar suggests that he may have been able to use his reputation as a healer to develop commercial relationships. At the very least, they demonstrate the respect accorded traditional African medicine in the wake of Cesar’s notoriety During the era, accounts of Cesar and his accomplishments were widely published throughout the country, and remedies attributed to him were disseminated and employed well into the next century, although it was 150 years before an African American was admitted to medical school in the United States.

Cesar’s traditional and folk remedies may be found on the Internet today and in several historic texts, including a volume titled Domestic Medicine that was published m 1797. Despite the legacy of African medical wisdom that Cesar initiated, and his widespread popularity, records of his life remain sparse. Over time, Cesar simply disappeared from the public record, and there are no known notations of the date or place of his death 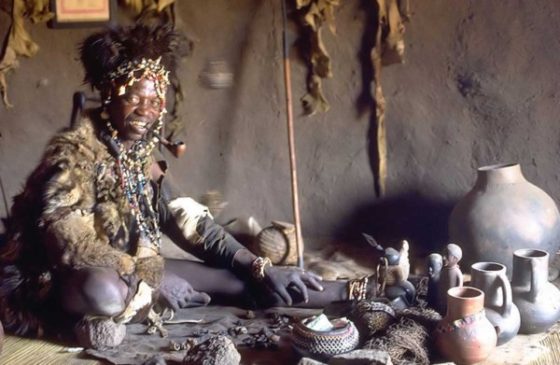