Charlaine Stringer: One of the Greatest College Basketball Coaches in History 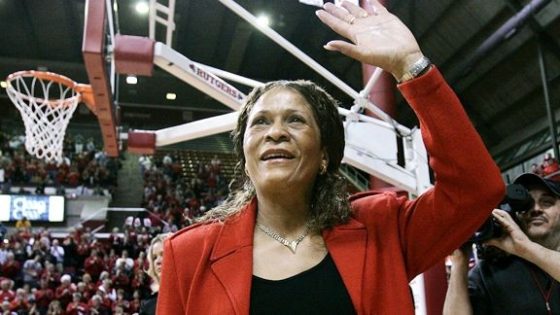 Charlaine Vivian Stringer is probably one of the greatest college basketball coaches to date. Stringer is not only recognized for her skills and leadership on the court but also for her activism as a young girl in high school.

While in high school, Stringer sued the school for not allowing her to be a cheerleader because she was black. She persevered and won her case and was eventually given a spot on the cheerleading squad.

Stringer graduated from Slippery Rock University in 1970. She then accepted a college coaching position which would eventually lead her to the third most wins in women’s basketball history. She served as the coach at Cheyney State and the University of Iowa for a combined 23 years before taking a position at Rutgers.

Stringer is the first coach to lead three different women’s program in the NCAA history. She also encouraged the development of the Women’s Basketball Coaches Association.

Her autobiography, “Standing Tall: A Memoir of Tragedy and Triumph” was published in 2008. Stringer’s book explains her reason for moving out of Iowa and taking a coaching position at Rutgers. The main reason being. to give her children better exposure to their culture.

Stringer has been an honorary member of Alpha Kappa Alpha sorority since July 15, 2008. She was inducted into the Women’s Basketball Hall of Fame on June 9, 2001.