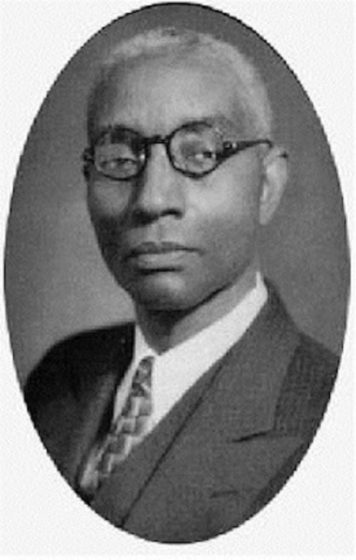 Buck Colbert Franklin is known as the lawyer who won the court victory for black residents after the 1921 Tulsa Race Riots.

Franklin was born in 1879 and was named after his grandfather, who had been a slave of a Chickasaw family in Oklahoma. After completing his studies, he opened up his law practice in the predominately white town of Ardmore, Oklahoma. However, the racial tension at the time was so strong, he decided to relocate to Tulsa and focus his practice on helping people in the black communities.

The Greenwood District of Tulsa was one of the wealthiest enclaves of blacks in the south, known as Black Wall Street. After the 1921 Tulsa Race Riots that destroyed the region, he led the legal fight against the City Council of Tulsa, who passed an ordinance keeping Tulsa’s blacks from rebuilding the neighborhoods that had been affected. Instead, the city had plans to rezone the area and make it into a commercial area.

Franklin filed suit against the city of Tulsa before the Oklahoma Supreme Court. His efforts were successful; due to his actions. black residents were able to begin rebuilding their community.

Franklin penned his experience in an autobiography. However, he died in 1960 before the book was published. John Hope Franklin, one of his four children, went on to become a prominent historian and civil rights advocate. John Hope Franklin and his son would later finish Buck Franklin’s autobiography, “My Life and An Era: The Autobiography of Buck Colbert Franklin.”