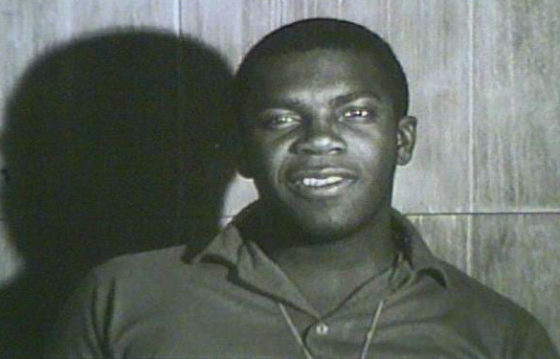 Charles “Chuck” McDew is an activist for racial equality and a former activist of the Civil Rights Movement. After attending South Carolina State University, he became the second chairman of the Student Nonviolent Coordinating Committee (SNCC) from 1961 to 1963. His involvement in the movement has earned McDew the title, “black by birth, a Jew by choice and a revolutionary by necessity” stated by fellow SNCC activist Bob Moses.

McDew was born in the Massillon, Ohio, on June 20, 1938. He was considered to be a “race baby.” Because of the date being a day that two years earlier, fighter Joe Louis, a black boxer, had won a fight that advanced the outlook on the value of African Americans.

After completing his primary education, McDew was expected to work in the steel mills, as many men in that area did. However, his father requested that McDew go to the South to experience his “own culture” to expand his ideas of what work he could do. He left to at attend the University of South Carolina.

During his first Thanksgiving on campus, McDew decided to travel with his roommate, Charles Gatson, back to the area where Gatson had family because it would be cheaper than going back to Ohio and the schools closed during these holidays. During their vacation, the two of them, and some others, went to a party. McDew responsibly decided to be the designated driver, but on their way home, they were pulled over by a police officer. This was presumably for the reason of McDew and Gatson being black. Not knowing how to address an officer in the South different than in the North, McDew answered the officer’s questions with attitude. This is what led to the beating and first arrest of Charles McDew.

Days later, McDew was on his way to the train station to head home. The general cart for white people and the end cart for the black people were both filled, so McDew was told to go sit in the luggage cart. Refusing is what led to the second arrest of Charles McDew.

The day he finally got back to South Carolina, McDew was walking to his dorm. In pain because of his previous beating, he decided to walk home though a park. Being unfamiliar with segregation, the park McDew walked through happened to only be open to white people on this particular day, which led to his third arrest in two days.

These events were said to be the beginning of McDew’s inspiration towards the Movement and McDew’s general distaste for the Southern way of life.
In April 1960, McDew received a letter from Martin Luther King Jr. stating that they were going to have a SCLC meeting at Shaw University in Raleigh, North Carolina to discuss the student sit ins, and as a representative for South Carolina State University, Charles attended. This meeting talked about student involvement all over the South, along with King trying to persuade everyone to join the SCLC. McDew did not want to join because he did not completely agree with the route of nonviolence. Thinking of Mahatma Gandhi, McDew’s reasoning was that if Gandhi tried the nonviolence method in Africa and was beaten, jailed, and ultimately run out of the country, how would this method work in the “most violent country in the world?”

Due to this disagreement, McDew and a few other students went down the hall and talked about creating a new group. McDew was also active in organizations for social and political change, working as a teacher and as a labor organizer, managing anti-poverty programs in Washington, D.C., “serving as community organizer and catalyst for change in Boston and San Francisco, as well as other communities.