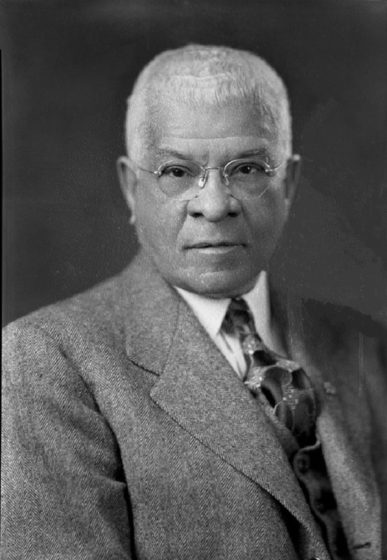 Charles Clinton Spaulding was an African-American business leader. For close to thirty years, he presided over North Carolina Mutual Life Insurance Company, which became America’s largest black-owned business, with assets of over US$ 40 million at his death.

Spaulding was born in Columbus County, North Carolina to Benjamin Mack Spaulding, Senior and Margaret Ann Virginia Moore. He worked as a dishwasher and later, general manager of a grocery company when John Merrick, the owner of several barber shops, and Aaron M. Moore, a practicing physician, thought of an idea of an insurance company in 1898 (then named North Carolina Mutual and Provident Association).

Merrick and Moore employed Spaulding in 1899 and he soon became general manager. After Moore’s death in 1923, Spaulding served as NC Mutual president from 1923 to 1952. The company specialized in “industrial insurance”, Which was basically burial insurance. The company hired salesmen whose main jobless to collect small payments ( of about 10 cents) To cover the insured person for the next week.

He was also active in politics. He helped establish the Durham Committee on Negro Affairs in 1935, serving as its first chairman. As national chairman of the Urban League’s Emergency Advisory Council from 1930 to 1939, he campaigned to secure New Deal jobs for African-Americans. Spaulding died on his 78th birthday in Durham, North Carolina.