The Raid On Harper’s Ferry: John Brown’s Misfired Attempt Of Liberating Slaves From The South 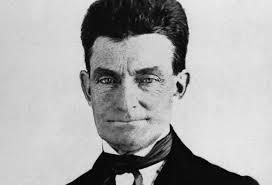 John Brown’s plan seemed fairly straightforward: he and his men would establish a base in the Blue Ridge Mountains from which they would assist runaway slaves and launch attacks on slaveholders. At least that was the plan that the militant abolitionist had described to potential funders in 1857. But his plans would change. He had been ready in 1858 to launch his war — he had both the men and the money to proceed. Brown was asked to postpone the launch, though, because one of his followers had threatened to reveal the plan — a threat that the blackmailer did follow through on. So Brown agreed to go into hiding.

The following summer, after a one-year delay, Brown was eager to get underway. He rented a farm in Maryland, across the Potomac River from Harpers Ferry. Here he assembled his arms and waited for his “army” to arrive.

The delay had an adverse effect on Brown’s plan. Many of the men he had recruited the previous year had changed their minds, moved away, or simply didn’t think the plan would work. Even Henry Highland Garnet, the radical abolitionist who advocated insurrection, didn’t have faith in the plan, believing that slaves were unprepared. Brown also met with Frederick Douglass in August of 1859, when Brown told his friend of his intentions of seizing the federal arsenal at Harpers Ferry rather than staging guerilla warfare from the mountains. Attacking the arsenal was in effect attacking the federal government and, in Douglass’ estimation, a grave mistake. “You’re walking into a perfect steel-trap,” he said to Brown, “and you will never get out alive.”

On October 16, Brown set out for Harpers Ferry with 21 men — 5 blacks, including Dangerfield Newby, who hoped to rescue his wife who was still a slave, and 16 whites, two of whom were Brown’s sons. Leaving after sundown, the men crossed the Potomac, then walked all night in heavy rain, reaching the town at 4am. They cut telegraph wires, then made their assault. First they captured the federal armory and arsernal. They then captured Hall’s Rifle Works, a supplier of weapons to the government. Brown and his men rounded up 60 prominent citizens of the town and held them as hostages, hoping that their slaves would join the fight. No slaves came forth.

The local militia pinned Brown and his men down. Under a white flag, one of Brown’s sons was sent out to negotiate with the citizens. He was shot and killed. News of the insurrection, relayed by the conductor of an express train heading to Baltimore, reached President Buchanan. Marines and soldiers went dispatched, under the leadership of then Colonel Robert E. Lee. By the time they arrived, eight of Brown’s 22-man army had already been killed. Lee’s men moved in and quickly ended the insurrection. In the end, ten of Brown’s men were killed (including two blacks and both of his sons), seven were captured (two of these later), and five had escaped.

Brown, who was seriously wounded, was taken to Charlestown, Virginia (now Charles Town, West Virginia), along with the other captives. There they were quickly tried, sentenced, then executed. John Brown’s statements during his trial reached the nation, inspiring many with his righteous indignation toward slavery. The raid ultimately hastened the advent of the Civil War.