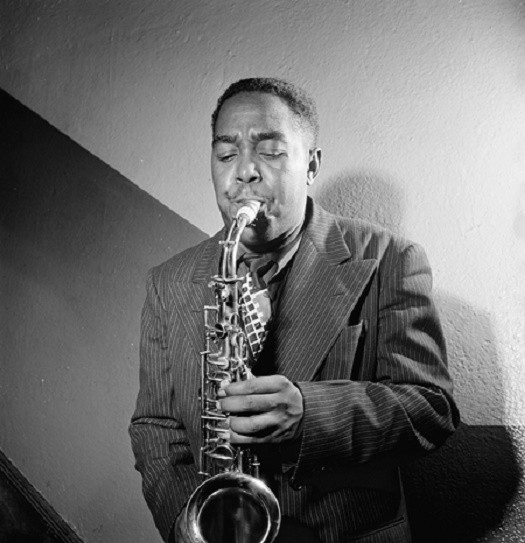 Charlie Parker was a pioneering jazz saxophonist and composer, who became famous for his role in founding the innovative bebop style of jazz in the early 1940s.

Parker was born on August 29, 1920, in Kansas City, Kansas, to Charles Parker, Sr. and Addie Boxley Parker. He moved with his parents to Kansas City, Missouri, in 1927. There Charlie attended Penn School and Sumner School. After his parents split up in 1932 due to his father’s alcoholism, Charlie moved in with his mother. After joining the school’s renowned band program, Charlie was inspired to play his alto saxophone every day for hours on end.

During those years the corrupt Pendergast political machine controlled Kansas City. The machine allowed hundreds of nightclubs across the city to operate late into the night. Any number of illegal activities occurred at the clubs. But the clubs supported a vibrant music scene, and musicians flocked to play at them. Young Parker was free to club hop. He dabbled in drugs and saw professional jazz players, like the legendary pianist Count Basie, perform. In 1935, Charlie began playing professionally and dropped out of school at the age of fifteen.

In 1936, after struggling to keep up while sitting in with one of Count Basie’s groups, Parker left the stage after someone angrily threw a cymbal at his feet. He then withdrew from the Kansas City music scene. Not yet sixteen, and still living with his mother, Parker married his high school sweetheart, Rebecca Ruffin, on July 25, 1936.

That November 1936, he traveled with a group to the Lake of the Ozarks to play at a club. On the trip, the car Parker was in wrecked, causing severe injuries to his spine and ribs. The accident had two important consequences: the club owner bought him a new saxophone, and his doctor put him on heroin to relieve his pain. He got addicted to both.

During the summer of 1937, Parker played at the club where he had been scheduled to perform at the time of his accident the previous year When he returned to Kansas City in the fall, he was a completely different player. People who had made fun of him now sought him out to play solos at their shows. Parker became a celebrity in Kansas City when Smith’s band began playing shows for local radio. But although he cleaned up his act for a time after the birth of his son in 1938, Parker’s addictions soon made him unreliable and hard to work with.

Parker’s life took a turn for the worst when his 2 year old daughter tragically passed away from pneumonia. He attempted suicide twice in 1954, which landed him in a mental hospital.

When Parker received his discharge from the hospital, he was clean and healthy. Before leaving California, he recorded “Relaxin’ at Camarillo” in reference to his hospital stay. He returned to New York, resumed his addiction to heroin and recorded dozens of sides for the Savoy and Dial labels. Parker died on March 12, 1955, in the suite of his friend and patroness Baroness Pannonica de Koenigswarter at the Stanhope Hotel in New York City, while watching The Dorsey Brothers’ Stage Show on television. The official causes of death were lobar pneumonia and a bleeding ulcer.