The “Deacons for Defense and Justice,” an armed African American self-defense group charged with protecting local black communities and civil rights volunteers, was organized in July 1964 in Jonesboro, Louisiana. After witnessing a Ku Klux Klan parade accompanied by police escort through Jonesboro’s black neighborhoods, a group of black residents got together to form the Deacons. The second chapter of the Deacons was formed in 1964 in Bogalusa, Louisiana, when six local whites who had beaten two civil rights workers were released from custody.

Open to men over the age of 21, the group required that all members supply their own weapons. Although armed, the group was not very aggressive as saw their jobs as complementary to that of other civil rights organizations; if law enforcement officers did their jobs properly, there would be no problems.

In addition to protecting local civil rights activists, the Deacons’ most public campaign provided armed security for James Meredith’s 1966 march. After James was shot while marching across Mississippi, a coalition of civil rights activists, including Martin Luther King Jr.’s Southern Christian Leadership Conference (SCLC) and the younger, more radical Student Nonviolent Coordinating Committee (SNCC), continued James’ journey. The James Meredith march also signaled the beginning of the end for the Deacons, as the group faded into the work of the Civil Rights Movement. By 1967, the organization was defunct. 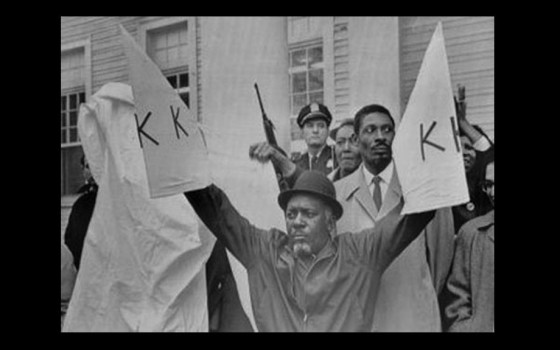