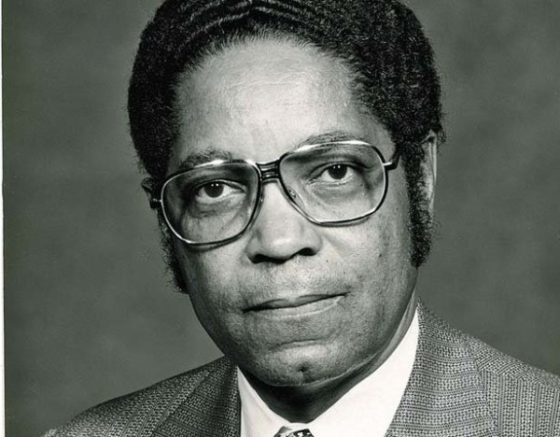 Judge Matthew Perry is recognized for his representation of Harvey Gantt in his admission as the first black student at Clemson University in 1963 and James Solomon and Henri Monteith in their admission to the University of South Carolina.

Perry was born in Columbia on August 3, 1921, the son of Matthew Perry and Jennie Lyles. After his father’s death when he was twelve, Perry was raised by his maternal grandfather, William Lyles, in Columbia while his mother looked for work  in New York to help support the family.

Perry graduated from Booker T. Washington High School in Columbia, where he was heavily influenced by the school’s principal J. Andrew Simmons. He later entered the United States Army in 1943, where he served until 1946. After the service, Perry turned his attention to studing law as a means of combating racial injustice. He graduated from South Carolina State College with a B.S. in 1948 and was in the first graduating class of the South Carolina State Law School in 1951.

After getting married in 1948, Perry and wife Hallie, moved to Spartanburg in 1951 to open his own law office. Perry spent a great part of his life devoted to the civil rights struggle.

Perry practiced for a decade in Spartanburg before returning to Columbia in 1961 to open a law office and assume the position of chief counsel of the South Carolina Conference of Branches of the National Association for the Advancement of Colored People (NAACP). From this position, which Perry held for fifteen years, he directed the civil rights movement’s legal assault on segregation in South Carolina. He supervised various NAACP counsel within the state and worked closely with the NAACP’s national legal counsel, including Thurgood Marshall.

Perry’s most notable cases included his representation of Harvey Gantt in his admission as the first black student at Clemson University in 1963 and James Solomon and Henri Monteith in their admission that same year as the first African American students of the University of South Carolina in the twentieth century. He also served as the trial lawyer for some of the most significant U.S. Supreme Court cases of the modern civil rights era, including Edwards v. South Carolina, which established broad legal protections for civil rights marchers, and Newman v. Piggy Park Enterprises, one of the earliest interpretations of the 1964 Civil Rights Act.

His cases led to the integration of South Carolina’s public schools, state parks, beaches, and hospitals and his landmark 1974 voting rights case against the South Carolina General Assembly, which resulted in the creation of single-member districts and an end to the at-large election of legislator. Perry individually tried more than 6,000 cases, and his work led to nearly 7,000 people arrested being released.

Perry was nominated by President Gerald Ford as a judge on the United States Military Court of Appeals in 1976, making him the first black person from the Deep South nominated to the federal bench. He was sworn in by his longtime mentor and friend Associate Justice Thurgood Marshall. In 1979 President Jimmy Carter nominated Perry to be a United States district judge for the District of South Carolina, the first African American to serve in that position.