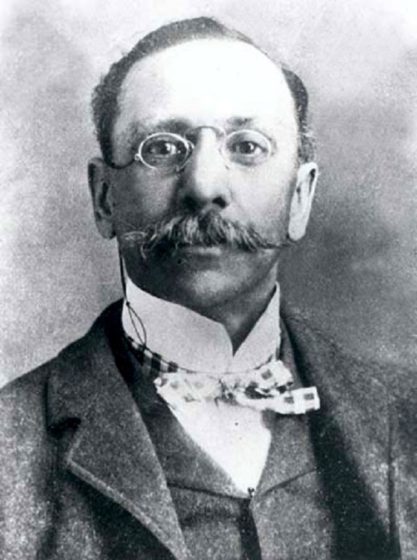 Edward McCabe was one of the early settlers in Nicodemus, Kansas. He served as an attorney and land agent who became one of the first African Americans to hold a major political office in the American Old West.

McCabe was born in Troy, New York on October 10, 1850. As a child he moved from Troy to Fall River, Massachusetts, Newport, Rhode Island, and Bangor, Maine. When his father died, he left school to help support his family.

McCabe eventually moved back to New York City where he worked on Wall Street. He soon realized there was no promotion beyond clerk and porter in New York, he then moved to Chicago in 1872 where he worked as a clerk for Potter Palmer. He was then appointed clerk in the Cook County, Illinois office of the U.S. Treasury Department (Taylor).

His political career began when he reached Kansas, he was appointed as clerk of Graham County in 1880, making him one of the first African American officials to be appointed in the state.

By 1881, Black leaders began planning for the potential resettlement of twenty or thirty thousand freedmen in Oklahoma. McCabe acquired a 320-acres near Guthrie, Oklahoma, which became the town of Langston about 1892. The city was an all-black area ten miles northeast of Guthrie. The city was named after a black Virginia Congressman who had pledged his support for a black college in Langston City (Taylor). Finally in 1897, a Colored Agricultural and Normal School was opened, this was later called Langston University. The city was founded on the idea to help stop racial persecution. It was part of a program to create more than twenty-five new “black settlements” within the Oklahoma Indian Territory.

McCabe became the Kansas state auditor on the Republican ticket, which gave him the distinction of being the first black to hold a statewide office in a northern state. McCabe held this office for two years. He did manage to keep his hands in politics, serving as deputy auditor of Oklahoma Territory from 1897 to 1907.  Edwin P. McCabe died on March 12, 1920 in Chicago, Illinois and was buried in Topeka, Kansas.