Edward “Noon” Johnson was a New Orleans musical personality, multi-instrumentalist, and inventor. A unique figure in the annals of New Orleans music history, Johnson often performed on a bazooka-like instrument—a type of horn he invented—gaining a reputation as an entertaining musical personality as well as a gifted jazz, popular, and brass band tuba and guitar player.

Johnson was born on August 24, 1903. By age fourteen, he learned to play the ukulele, banjo, harmonica, and other assorted instruments. His “funnel-phone”—a prototype of the bazooka, made from various found objects, including brass tubes and a gramophone horn—found him a certain amount of notoriety early on.

During the 1920s Johnson played banjo with jazz greats Kid Rena and Chris Kelly. In 1924 Johnson traveled to Biloxi to perform with Walter Coquille (a.k.a. “Mayor of Bayou Pom Pom”), who was known for his early comic, Cajun-dialect, spoken-word recordings.

Often Johnson performed as a street musician and in restaurants over the course of his career. It wasn’t until the age of forty-five that he took up the tuba, which he would play with Kid Howard’s brass band and the Young Tuxedo Brass Band, among others. In the 1950s Johnson replaced Lawrence Marrero in clarinetist George Lewis’s band. 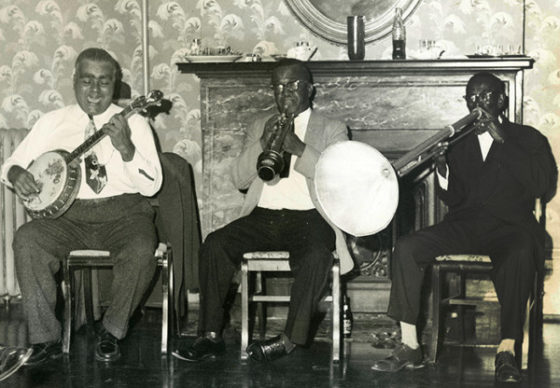