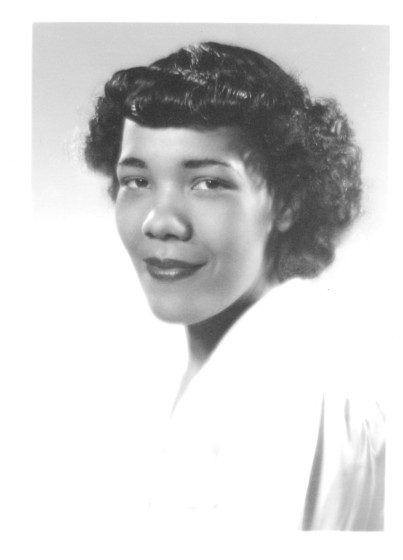 Edythe Scott Bagley was an author, activist, and educator and the oldest sister of Coretta Scott King. Bagley, worked behind the scenes to promote the African-American Civil Rights Movement and was actively involved in many of the crucial events of that era.

Edythe Scott Bagley was born on December 13, 1924 in Marion, Alabama. After graduating from Lincoln Normal School in Marion, Alabama. She applied for a scholarship to Antioch College and was accepted. Bagley was the first African American student admitted to the school in the modern era. Later, she transferred to Ohio State University from which she graduated. She also earned a master of English from Columbia University and a master of fine arts from Boston University.

Before her sister Coretta, married Dr. Martin Luther King, Jr., Bagley met with his parents. Dr. King’s parents wanted to meet with members of Scott’s family. So, the King’s  obtained Bagley’s phone number and scheduled a meeting. At the luncheon, Bagley was pressed by King, Sr., about how she felt about her sister possibly marrying his son. Though she tried to assert her sister was deserving of his son and was a strong person. However, Bagley did not feel her sister had to beg for anyone’s hand in marriage. Month’s later Coretta and Martin made an announcement of their marriage on Valentine’s Day 1953.

After Dr. King’s assassination, Bagley relocated to Atlanta, Georgia, where she stayed for two years providing moral support to her sister. During those years, she helped her sister establish the King Center for Nonviolent Social Change, where she also served on the board of directors.

Bagley taught at several colleges throughout  Alabama and Georgia before joining the faculty of Cheyney University in Pennsylvania. While at Cheyney University, she founded the theatre arts major in 1980.  In conjunction with that program she produced and directed numerous plays and theatrical productions.

In the summer of 2010, alumni of Antioch College honored Bagley with the Walter F. Anderson Award, along with William David Chappelle III and Jim Dunn. In February 2011, Edythe’s husband died, and four months later, on June 11, 2011, Edythe Scott Bagley died. One year after Bagley’s death, her book, Desert Rose: The Life and Legacy of Coretta Scott King, was published by the University of Alabama Press.