Elizabeth Lizzie Wright founded Voorhees College in Denmark, South Carolina in 1897. A child of Reconstruction, she was born in Talbotton, Georgia in 1872 to parents who had been born in slavery. She was educated at St. Phillip’s African Methodist Episcopal Church before enrolling in Tuskegee Normal and Industrial Institute in 1888. Booker T. Washington’s wife Olivia became Wright’s mentor and connected her with Tuskegee trustee Judge George W. Kelley, who paid for her education.

During Wright’s senior year, she dropped out because of medical problems. Almira S. Steele, also a Tuskegee trustee, convinced her to come to Hampton County, South Carolina to teach in her school. This school was burned and Wright returned to Tuskegee to complete her education. After graduation, she returned to Hampton County where Judge Kelley had started construction of a school for her to teach African American children, but it was also burned. Then, Kelley found an old mill for the school; it too was burned.

Wright died in 1906 and was buried in the Memorial Garden on the Voorhees College campus. Her passion for education continues in the private, historically black liberal arts institution affiliated with the Episcopal Church. 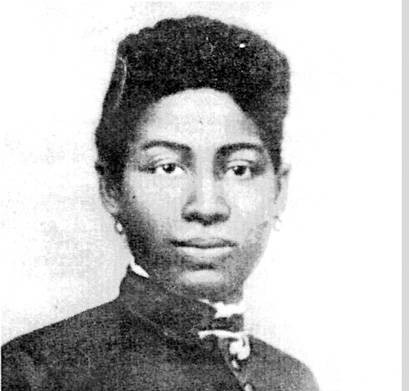