Blake was born into slavery in Virginia. In June 1862, his owner’s plantation was burned during a Union naval expedition up the Santee River. About 400 slaves from the plantation, including Blake, were taken as contraband onto Union ships and sent to North Island in Winyah Bay. While on North Island, Blake answered a call for twenty single men to serve on the USS Vermont.

By December 25, 1863, Blake had been transferred to the gunboat USS Marblehead and was serving as a steward to Lieutenant Commander Richard Worsam Meade. Early that morning, in the Stono River, the Marblehead came under fire from a Confederate howitzer at Legareville on Johns Island. Blake then went to the ship’s gun deck and was immediately knocked down by an exploding Confederate shell. The explosion had killed a powder-boy who was manning one of the guns. Blake had no assigned combat role and could have retreated to relative safety below decks, but he instead chose to take over the powder boy’s duties.

Blake was later promoted to seaman and re-enlisted for another term in the Navy. During his second enlistment, he served again on the USS Vermont. Nothing is known of his further life. 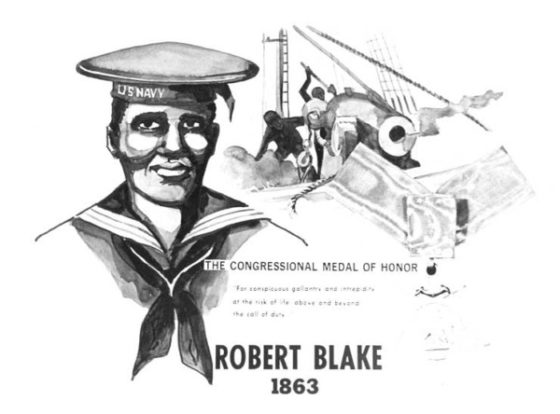