Esther Georgia Irving Cooper was a civil rights leader in Arlington County. A native of Cleveland, Ohio, and the daughter of former slaves, Cooper moved to Northern Virginia to work for the federal Forest Service.

Cooper was born on November 28, 1881, in Cleveland, Ohio, and was the daughter of William Irving and Katherine Harris Irving. Her mother’s family, who had secured their freedom before the Civil War, arrived in Ohio from North Carolina in the 1850s. Nothing is known of Esther Irving’s education.

Concerned with the inferior facilities and textbooks offered in the black schools in Arlington County, Esther Georgia Irving Cooper worked to improve educational opportunities for African American children. In 1940 she organized and became the first president of the Arlington County branch of the National Association for the Advancement of Colored People. Two years later she joined the NAACP’s Virginia State Conference executive board. In collaboration with the state NAACP, the Arlington branch challenged inequalities in the county’s high school facilities. Their efforts culminated in Carter v. School Board of Arlington County (1950), in which the Fourth Circuit Court of Appeals ruled that the county’s separate high schools constituted unlawful racial discrimination.

Years later, Cooper helped organize the Jennie Dean Community Center Association, which in 1947 donated land for the Veterans Memorial Branch of the Young Men’s Christian Association.  Cooper ran for a seat on Arlington County’s Democratic Executive Committee, but she was one of six progressive candidates disqualified from appearing on the primary ballot for allegedly failing to comply with party regulations. She retired as president of the County NAACP branch in 1951. Esther Cooper died on February 7, 1970. 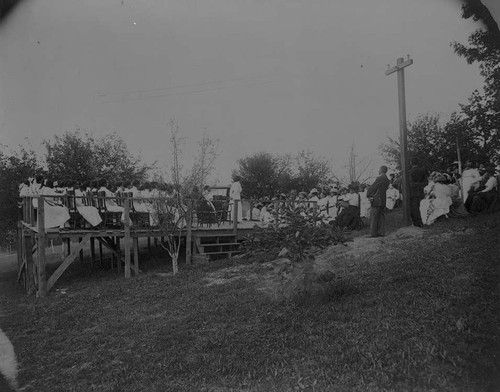