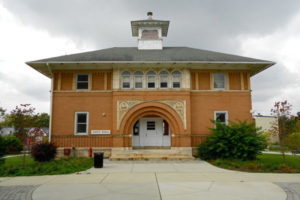 The university’s main campus is situated on a 422-acre land a short distance from the Oxford town, in the southern regions of the Chester County, Pennsylvania. It has two satellite locations, in Coatesville, Pennsylvania and University City, Philadelphia. Currently, the university offers undergraduate, graduate, and post-graduate courses to approximately 2,200 students. It is a member of the Thurgood Marshall College Fund.

By April 1854, Reverend John Dickey Miller, a minister at Pennsylvania, supported by his wife- Sarah Cresson Emlen, a Quaker, agreed to establish a learning institution, the Ashmun Institute, which was later renamed as “Lincoln University.” The institution was initially named after Ashmun Jehudi, a social reformer and religious leader. They were deeply moved by the fact that the black community had only a few (limited) opportunities to access the higher learning education; therefore, they founded the school to offer higher learning education to the African-Americans. 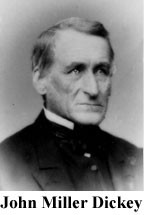 John Dickey thereby became the first president of the university after its establishment, encouraging his first students to work hard on their studies and not forget to support the establishment of Liberia as African-American colony. Some of his first students included his brother Henry Thomas Amos, Hutchinson Miller Armistead, and Ralston James Amos. All of them later became ordained ministers in the project of the American Colonization Society.

Later, in 1866, the institution was renamed as Lincoln University, a year after the assassination of President Abraham Lincoln on 14th April, 1865. The university attracted several highly-talented students, mostly African-Americans, from different states, a phenomenon that was massively witnessed during the lengthy decades of legal segregation in the Southern regions.

Dr. Horace Bond Mann, alumni of the same university, was, in 1945, appointed as the first black president of the university. During his tenure of approximately two decades, he conducted several kinds of research in the field of Social Science and later helped through giving his support to the civil rights case of the Brown vs. Board of Education, which was president over in 1954 by the Supreme Court.

Between 1854 and 1954, Lincoln University performed quite well, accounting for approximately 20% of all black physicians and more than 10% of all the Black Lawyers within the United States. The university officially refined its brand and name as the Lincoln University in 2013, thereby emphasizing its distinction as the America’s first Historical Black College University. It also distinguished itself from the other universities and colleges in the U.S., which bear the same name in California, New Zealand, and Missouri, as well as from the Lincoln Memorial, Tennessee. The university remains as one of the leading black colleges in the U.S.

Read more of the original story via: http://www.lincoln.edu/about/history

« Previous PostMaude Callen: The "Angel in Twilight" and a Medical Care Provider to All Next Post »John Morton-Finney Earned 11 Degrees and Practiced Law Until He Was 106 Years Old