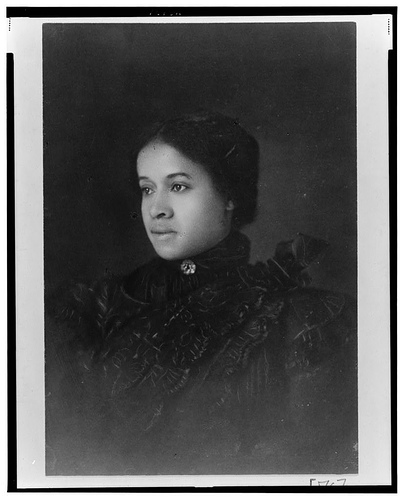 In a photo that we found on Black History Album , we see this great image called “African American Woman” , from W.E.B. Du Bois’s renowned collection at the 1900 Paris Exhibition.

W.E.B. Du Bois wanted the world to know the gains African Americans had made since the Civil War, as well as their plight as second-class citizens. In 1899, Daniel A.P. Murray, an African American researcher and historian at the Library of Congress, worked with Du Bois and others to gather pictures and other items to show the state of African Americans during the beginning of the 20th century.

For more about the Black experience in the U.S. and elsewhere, visit Discover Black Heritage, a travel guide to black history and culture.