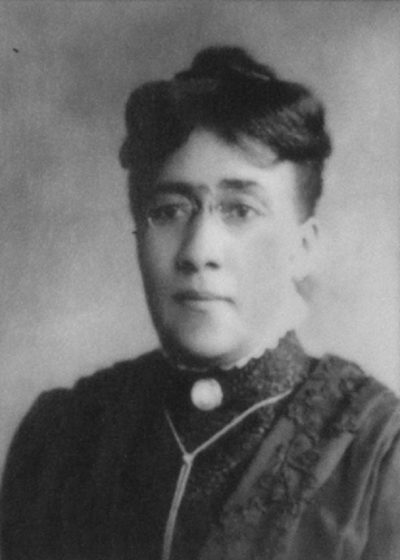 Florence Spearing Randolph was among the earliest African American women licensed to preach and serve as a pastor of a church. Randolph was also a founder of the New Jersey State Federation of Colored Women’s Clubs.

Randolph was born in Charleston, South Carolina, the daughter of John Spearing and Anna Smith Spearing. Her father was a cabinetmaker. Spearing trained as a dressmaker and moved north to New Jersey, where she lived with her sister Lena for work. Later in life, she became the first African-American woman to enroll at Drew University. In 1933, she was awarded an Honorary Doctor of Divinity degree from Livingstone College.

Florence began studying the Bible under the tutelage of the Rev. E. George Biddle, an AME Zion minister, and Yale graduate. Throughout the late 1880s and early 1890s, she was an active temperance and church worker.

She later became one of the first women in the African Methodist Episcopal Zion Church denomination to be ordained as a Deacon (1901) and as an elder (1903) and licensed to preach. Randolph arrived at Wallace Chapel as temporary pastor in 1925; the arrangement was soon made permanent.

As head of the New Jersey Women’s Foreign Missionary Society, she set up a Bureau of Supplies to collect and distribute donations for missionaries. She was also delegated to an international ecumenical conference in London in 1901. A well-known lecturer throughout the state, her lectures and speeches often attacked racism, colonialism, and sexism. However, Randolph was a foremost advocate and practitioner of the holiness doctrine.

Randolph served as pastor of Wallace Chapel AME Zion Church in Summit, New Jersey, from 1925 until her retirement in 1946. She continued as pastor emeritus until her death in 1951 at age 85. A suitcase filled with papers by Rev. Randolph was saved by her granddaughter Anice Johnson, and in 1982 shared with Temple University history professor Bettye Collier-Thomas.