For Sale: African Men and Women Exhibited Like Farm Animals

Once Africans were captured to be sent into slavery, they had no control over their bodies. Slaves belonged to their masters, and the masters could do whatever they wanted to their property. Before being sold off to a plantation, slaves were put on the auction block to be inspected like animals. Men and women were displayed completely naked. Their genitals and breasts were handled and fondled. Their bodies assaulted and poked by multiple people before they were sold.

Southern dealers and plantation owners defended their practices. They claimed Africans had no feelings and they lacked any capability of showing affection. Many also believed that Black people did not mind being bought and sold, since they were naturally promiscuous and lacked the ability to achieve a stable family life on their own.

Slave auctioneers spoke of business as though they were buying and selling cattle. The callousness is clear in this July 10, 1856, letter from slave trader A.J. McElveen to Charleston slave merchant Z.B. Oakes: 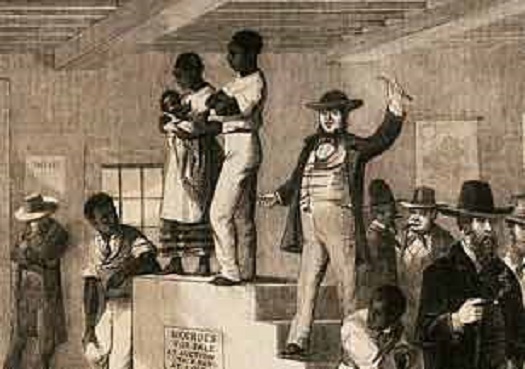 Slaves were often divided into classes, such as:

An elderly slave, Jennie Hill, explained the way slaves felt when they were being sold away from their families.

“Some people think that slaves had no feeling – that they bore their children as animals bear their young and that there was no heartbreak when the children were torn from their parents or the mother was taken from her brood to toil for a master in another state. But that isn’t so. The slaves loved their families even as the Negroes love their own today and the happiest times of their lives were when they could sit at their cabin doors when the day’s work was done and sang old slave songs.”