Azie Taylor Morton was the first and only African-American to hold the position of Treasurer of the United States. Despite hardships, Ms. Morton excelled by entering one of the highest offices in the land.

Born February 1, 1936 in Dale, Texas, Morton worked in the cotton fields as a teen. Because Dale didn’t have any 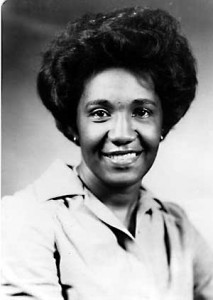 public schools for Black children, she attended the Texas Blind, Deaf, and Orphan School although she suffered none of those issues. In 1952, she entered all-Black school Huston-Tillotson University, graduating with a degree in commercial education.

Morton tried to enroll in the University of Texas’ graduate program but was denied because of her race. Taylor began teaching at a Texas school for delinquent girls, and later began working for Huston-Tillotson. In 1961, she was hired by President John F. Kennedy to work for the Committee on Equal Employment Opportunity and worked there for several years. In 1965, she married James Homer Morton.

Between 1972 and 1976, Morton was a special assistant to the Democratic National Committee. On September 12, 1977, President Jimmy Carter appointed Morton as Treasurer. She served in the post until 1981. Morton was also part of the American Delegation to Rome, Italy for the Enthronement of Pope John Paul II and was also Chair of the People to People Mission to the Soviet Union and China in 1986.