Send Rev. Jackson a birthday wish via Twitter at https://www.twitter.com/RevJJackson.

Here’s a look at the life of civil rights activist and clergyman Jesse Jackson.

Jesse Jackson was not from a wealthy family. His father was only a cotton grader named Noah Robinson. His mother was a hairdresser named Helen Burns.

In December 31st, 1962, he married Jacqueline Lavinia. Both are still a happy couple till today. Their children include Jacqueline, Yusef, Jonathan, Jesse, Jr., and Santita. He also has a child named Ashley who was born in May 1999 with Karin Stanford. 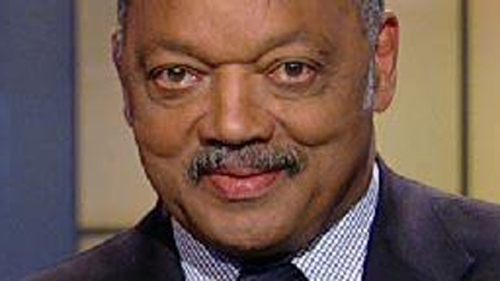 Are you curious about the educational background of the famous activist? In 1964, he went to North Carolina Agricultural & Technical State University, Greensboro with sociology major for a BA.

People have no idea that Jesse Jackson was a good football player. He was offered a football scholarship from the University of Illinois. However, he decided to go to North Carolina A&T State University. In 1943, his mother Helen Burns married to Charles Henry Jackson. In 1957, Jesse was adopted by his stepfather. So he changed his last name as Jackson. One of the critical events during the civil right movement was in Selma Alabama in 1965. At that time, Jesse also became a participant. He got along with the famous Dr. Martin Luther King Jr.

It seems that Dr. Martin Luther King, Jr believed Jesse Jackson much. He appointed him as the head of the organization who worked to increase the economy of the black people called Chicago branch of Operation Breadbasket in 1966. From 1971 to 1986, Jesse Jackson got a bigger role. He was appointed as Executive Director of Operation PUSH.

It was such a surprising fact for the people that Jesse Jackson announced himself to be the candidate for the 1984 Democratic presidential nomination on 3rd November 1983.

Read more of the original article at http://www.myinterestingfacts.com/jesse-jackson-facts/