Robin and Polly Holmes were African Americans who were being held in bondage in the state of Oregon. Slaveholder Nathaniel Ford arrived in Oregon in 1845, bringing the Holmes couple with him. Ford had acquired the Holmes as slaves while he served as sheriff of Howard County, Missouri, in 1841. He had promised to grant freedom to the family if they helped him open a farm in Oregon in 1844. Ford’s counter filing denied such an agreement. Once in Oregon, he continued to hold the family until 1849.

Robin and Polly married and had several children, all of whom were claimed by Ford until 1853. The same year, Robin and Polly made a bid for freedom by leaving Ford, but Ford continued to hold claim to the children as his property. When Ford denied the couple their own children, the Holmes filed a “writ of habeas corpus” to obtain custody. Oregon Judge George Williams ordered Ford to bring the children into court and show cause for their detention.

The case was heard in the summer of 1853, and the children were awarded to the couple on the ground that enslaved African Americans were brought into Oregon where, under the law, slavery could not exist. Later, there were efforts to legally exclude all blacks, slave or free, from the area and to create a free white homeland in Oregon. 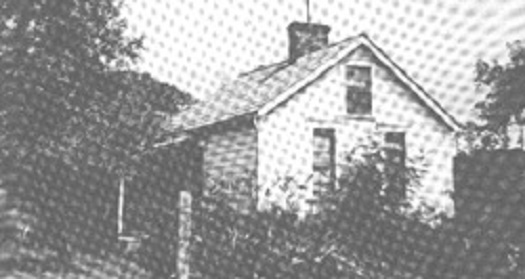