Irene Britton Smith as an accomplished African American composer who also taught Reading in the Chicago Public Schools for over 40 years.

Smith was born in 1907 in Chicago, Illinois. She attended Ferron Grammar School, then completed the seventh and eighth grades at Doolittle Grammar School, two blocks away. For her secondary education she went to Wendell Phillips High School.

Her works include a Sinfonietta in three movements for orchestra (1956), Fairest Lord Jesus, an anthem for women’s voices published by G. Schirmer in 1945, an arrangement of the spiritual Let Us Break Bread Together for baritone or mezzosoprano and piano (1948), and several other choral works, chamber and solo instrumental works. Dream Cycle, a setting of four poems by Paul Laurence Dunbar (1947) has been performed at the Chicago Public Library by soprano JoAnne Pickens. The Sonata for violin and piano was completed in New York City in 1947 while studying with Vittorio Giannini at The Juilliard School. 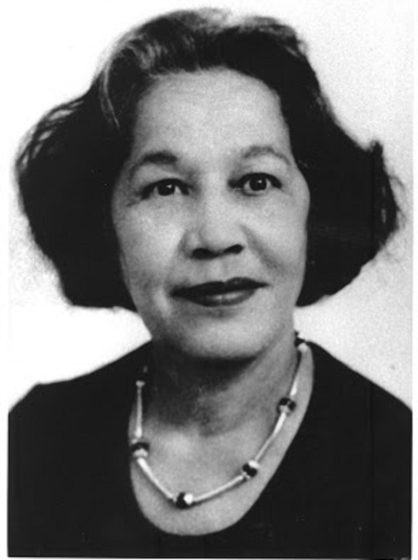