Jane Elizabeth Whiting: Freed by Suspicious Abolitionists Who Didn’t Give Up

Jane Elizabeth Whiting was an African-American woman was traveling with her children from Virginia by boat on June 1, 1856, as the property of a Mr. Thompson. The group was headed to California where the Thompson family owned a ranch.

The ship had to dock and the group was required to stay overnight in Panama, a free land. However, word began to travel among the local Panamanians that slaves were being held on the ship. A mob quickly gathered, but Thompson somehow convinced the group that Whiting and her children were free servants who were traveling willingly to California to work. The ship departed Panama on schedule, but there were still suspicions of abolitionists onboard who were aroused as to the true motives of Thompson.

David Johnson, an African-American abolitionist on the ship, managed to talk with Whitings. After learning their true fate, he came up with a plan to secure their freedom. When the ship arrived in San Francisco, Johnson secreted the Whitings ashore and hid them in the Harper and West Boarding House. San Francisco’s African American community mobilized to aid the freedom seekers, even changing the family name to Freeman.

Thompson searched and searched for the missing family. However, it was not until after the Civil War that he located the Freemans, but by then his once group of slaves were now free people. 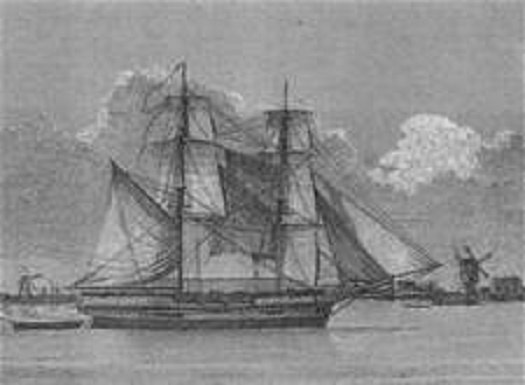