Juanita W. Goggins was the first African-American woman elected to the South Carolina legislature; in 1974 she gained a seat in the state House of Representatives. She was re-elected and served a total of three terms before resigning for unspecified health reasons in 1980.

Goggins was born in rural Anderson County, South Carolina in 1934. She was one of ten children of sharecroppers. She was the only one to earn a four-year college degree. Goggins graduated from South Carolina State College, a historically black college, where she also earned a master’s degree. She became a teacher in the segregated public schools of Rock Hill.

Motivated by her interest in education, Goggins became active in the civil rights movement and politics. Rock Hill was the site of civil rights demonstrations in the 1960s to end segregation in public facilities.

In 1972, Goggins was elected as a delegate to the Democratic National Convention, where she was the first black woman to represent the state of South Carolina. That year she was appointed as a member of the South Carolina State Advisory Committee to the United States Commission on Civil Rights.

Goggins was elected in 1974 to represent Rock Hill in the state House of Representatives, and re-elected to serve a total of three terms. Among her accomplishments as legislator were securing funding for sickle-cell anemia testing in county health departments; the disease affects primarily African Americans, whose health programs had been underfunded during the decades of segregation and disfranchisement.

Several years after Goggins left the state legislature, she and her husband divorced. She moved to Columbia, where she worked for a time as a state social worker. She also established a nonprofit tutoring service.

Goggin died in February 2010 of hypothermia, freezing to death in her home. Although the heat was working, the electricity had been turned off for non-payment but after her death, officials found that Goggins had $2500 in cash in the house. Neighbors contacted Goggins’ landlord after they had noticed that her lights had not been turned on for some time. The coroner stated that he found indications that she had suffered from dementia. She is believed to have died on February 20, 2010, however, her body was not discovered for 11 days. 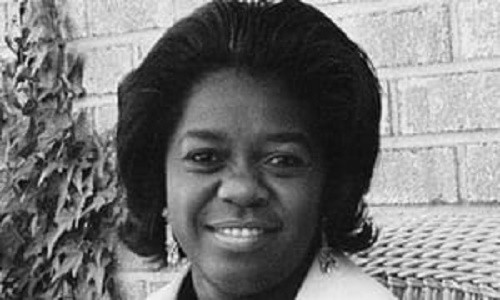