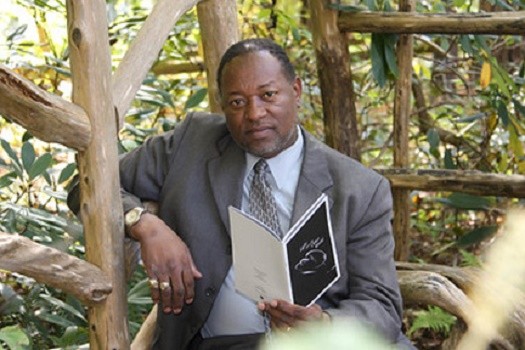 Lenard D. Moore was a writer, educator, and poet.

Moore was born in 1958 in Jacksonville, North Carolina. Growing up, he worked with his great-grandmother on a farm. He has lived in South Carolina, Virginia, California, and Germany, where he served in the U.S. Army.

Moore became the first Southerner and the first African American to be elected as president of the Haiku Society of America. He is executive chairman of the North Carolina Haiku Society, founder and executive director of the Carolina African American Writers’ Collective, and co-founder of Washington Street Writers’ Group. He has won the Sam Ragan Fine Arts Award for his contribution to the fine arts of North Carolina.

He has also been featured on several radio and television programs, including The Story: with Dick Gordon (broadcaster), Finding Haiku, a radio interview that aired August 20, 2007.

Lenard D. MoorePoet Lenard D. Moore
« Previous PostFrances Foster: American Actress and Co-Founder of the Negro Ensemble Company Next Post »Mason V Smith: How A Slave Girl Won Her Freedom And Made A Fortune As A Real Estate Developer