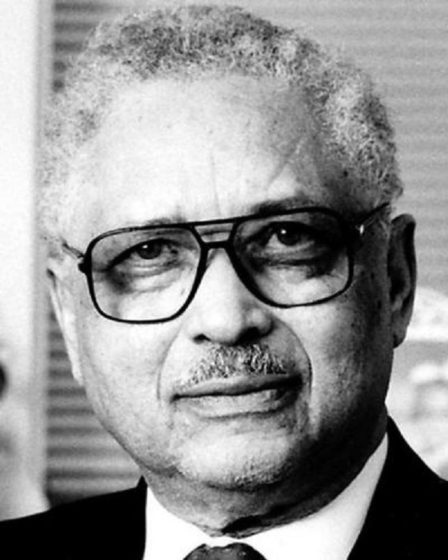 Rev. Leon Howard Sullivan was the first African American to serve on the board of directors for General Motors. He was also a well-known preacher and activist who promoted nonviolent social and economic change.

Before serving as pastor in a church in South Orange, New Jersey, he served under Reverend Adam Clayton Powell in Harlem. In 1950, he began a 38-year ministry at Zion Baptist Church in Philadelphia. The church became one of the nation’s largest congregations.

Realizing that job discrimination was a major problem in Philadelphia, Sullivan organized and led successful campaigns to challenge discrimination. One such campaign known as the “selective patronage” program was an organized boycott of companies that engaged in employment discrimination.
He also founded and led the first Opportunities Industrialization Centers of America, Inc. (OIC) with the first school in an abandoned Philadelphia jail in.  1964. The non-profit organization established employment and training programs.

Nominated for the Nobel Peace Prize, Sullivan was awarded the Presidential Medal of Freedom in 1991 and received honorary degrees from more than 50 colleges and universities. Rev. Leon Sullivan died of leukemia in Scottsdale, Arizona.