Fossett’s life took a turn for the worst in 1826. On July 4, 1826, Jefferson died. While Jefferson freed Fossett’s father in his will, the remainder of the Fossett family still remained in bondage, being sold at auction in January 1827. Peter Fossett became the property of John R. Jones. Fossett’s father attempted to purchase Peter’s freedom, but Jones refused to sell Peter.

Twice, Peter Fossett tried to run away to join his family in Ohio, but both times his owner recaptured him. After the second escape attempt, Jones auctioned Fossett. With the assistance of some white Virginians, Joseph Fossett purchased his son, reuniting him with his family members in Cincinnati in 1850. Fossett joined his parents and siblings in Cincinnati, where he became one of the city’s most prominent caterers and a conductor on the Underground Railroad. 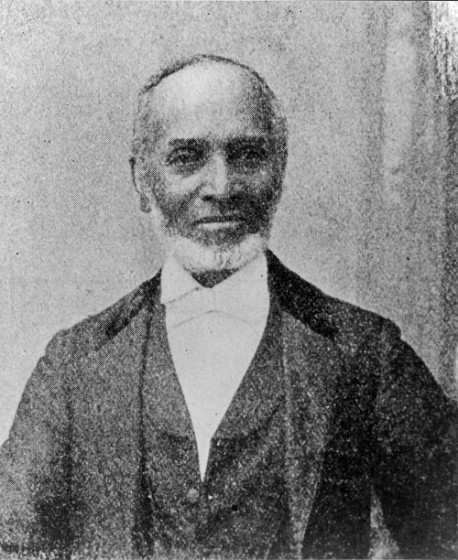 Fossett first found work as a whitewasher. He supplemented his income by working as a waiter and by catering different events. During the 1870s, Fossett opened his own catering business, and many of Cincinnati’s elite residents partook of his services. It is believed that Fossett was very skilled at preparing French dishes, as his mother had received extensive training in French cooking while a slave at Monticello.

Fossett became a leader throughout his community in Cincinnati. He served on the board of directors for the city’s segregated school system, advocated prison reform, and actively assisted Levi Coffin’s efforts on the Underground Railroad. He also served as captain of the Black Brigade. However, his most memorable contribution is serving as a clerk and trustee at Union Baptist Church. After he was ordained as a Baptist minister, he formed his own church, the First Baptist Church of Cumminsville. Fossett died in 1901.