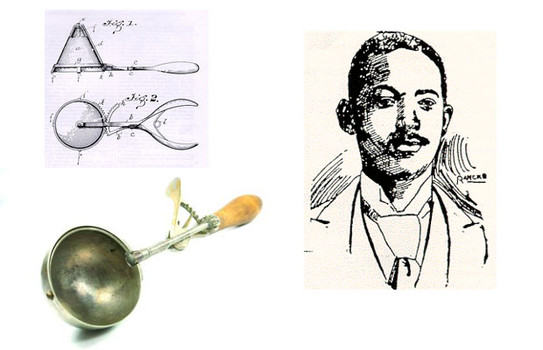 Alfred Cralle was a native of Virginia and was born on September 4, 1866.  As a young man, Alfred Carlle took interest in mechanics before going on to study at Wayland Seminary in Washington, D.C.

While he settled in Pittsburgh, he worked as a bag/luggage carrier for a drug store and at St. Charles Hotel. He noticed that ice cream, which was very popular at the time, was really hard to dispense.

He invented the device known today as the ice cream scoop. Alfred Cralle was granted his patent on February 2, 1897.

« Previous PostBlack CEO, Who Is Married To 'Star Wars' Creator, Uses Being Mistaken For The Kitchen Help To Teach An Amazing Lesson (VIDEO) Next Post »Not Just Oklahoma: Racist Stunt Got SAE Suspended from Washington University in St. Louis, Too