Lt. Col. Alexander Jefferson is a retired US Air Force officer, he is recognized for his great contributions as one of the Tuskegee Airmen, the 332nd Fighter Group. He served in the U.S. Army Air Corps during World War II. Lt. Col. Jefferson is also the author of “Red Tail Captured, Red Tail Free: Memoirs of a Tuskegee Airman and POW. 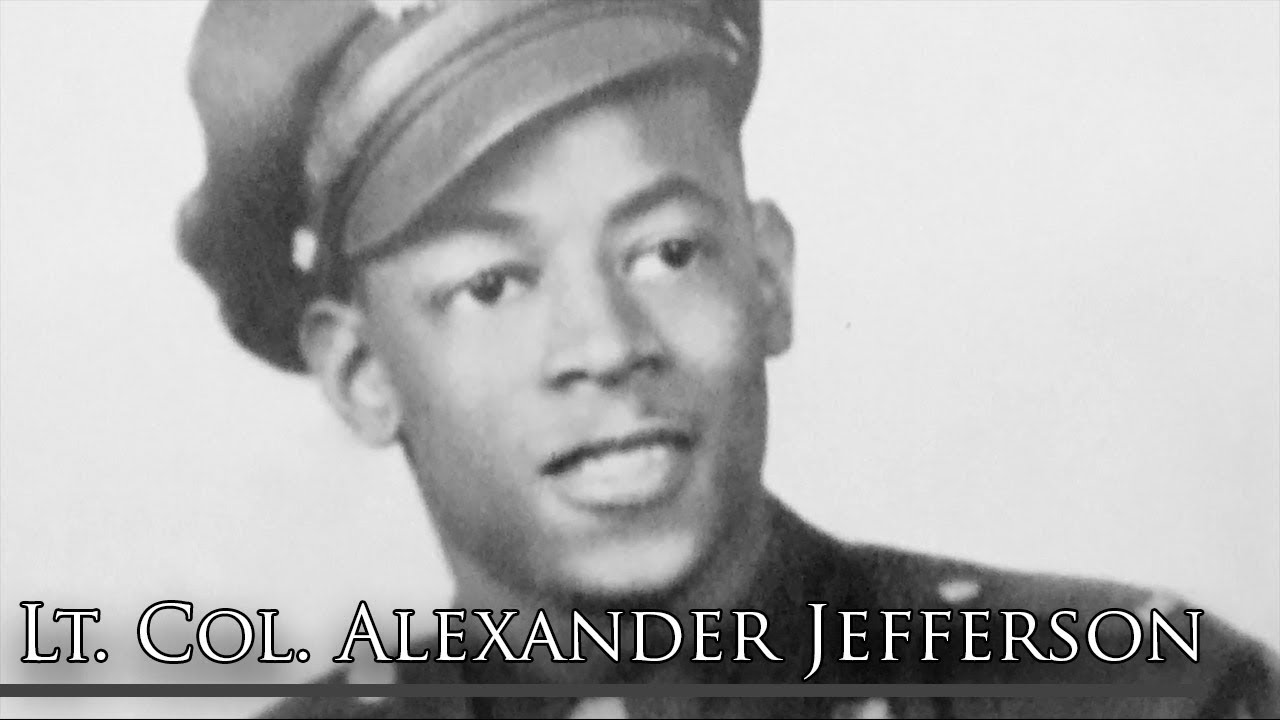 Jefferson was born in Detroit, Michigan, the eldest child of Alexander Jefferson and Jane White Jefferson. His maternal great-grandfather William Jefferson White was born to a slave woman and a white slave owner in the 1830s. Jefferson’s grandfather became a minister, and in 1867, opened an all black ministry school for boys in Augusta, Georgia, which today is known as Morehouse College.

After graduating from Chadsey High School in 1938, the only young black student taking college prepartory classes at the time, he enrolled at Clark College in Atlanta, Georgia, where he graduated in 1942 with a Bachelor of Science degree in Chemistry and Biology. He later earned a master’s degree in education from Wayne State University.

On September 23, 1942, he was sworn into the United States Army Reserves, volunteering but not accepted for flight training. Taking a job as an analytical chemist for three months, he entered the graduate school of Howard University, applying again to the US Army Air Force.

In 1943, he was called upon for flight training. The orders he received was to report to Tuskegee Army Air Field to begin flight training. Receiving his pilots wings and officers commission at Tuskegee, he was assigned to the 332nd “Red Tail” Fighter group at the Ramitelli Airfield near Foggia, Italy, flying the P-51 Mustang. Assigned to a fighter escort wing protecting bombing missions of the US 15th Air Force, his job was to attack key ground targets and guard the bombing mission against enemy Nazi Luftwaffe fighters.

While on his 19th mission over Toulon, southern France on August 12, 1944, while attacking a radar installation Jefferson was shot down.
Jefferson was able to parachute to safety and landed within a forest, however, he was immediately captured by Nazi ground troops. He was sent to prisoner of war camp Stalag Luft III in Poland, a specialist Luftwaffe-run camp for captured Allied Air Force personnel. During his period of internment, Jefferson comments that he was treated like any other Air Force officer by his German captors. He was then moved to Stalag VII-A, just outside Dachau. After the Russian Army entered Poland, the prisoners were marched to Munich by the Germans, where they were freed by General George Patton’s US Third Army. Jefferson returned to the United States. efferson served as an instrument instructor at Tuskegee Army airfield, until it closed in 1946. He remained in the US Air Force reserves, finally retiring in 1969.