Luckey Roberts was an African-American composer and pianist. Born Charles Luckyeth on August 7, 1887, in Philadelphia, Pennsylvania, he worked as a child in the vaudeville shows. 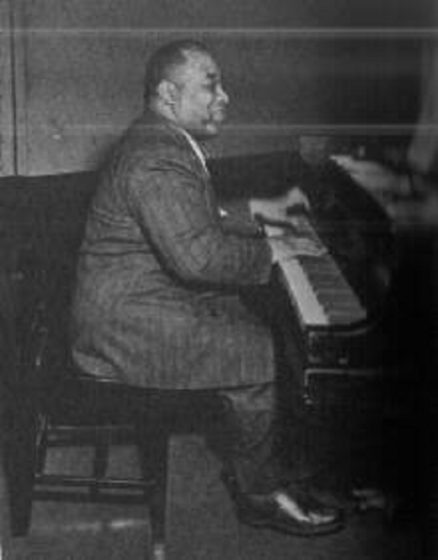 Roberts moved to New York, where he later established a reputation as a composer and as a performer of “Rags” and “Stride” piano.  Roberts began to play at rent parties in Harlem around 1908, and was often the man to beat in cutting contests.

He made his first recordings for Columbia in 1916, including his well-known blues-styled rag “Railroad Man.” However, the records were never released. In the 1920s, he can be heard leading the orchestra on records by comic Charles Hunter and backing up the radio comedy team of Moran and Mack, “The Two Black Crows.” Roberts also performed on their network radio show as an accompanist.

During the 40s and early 50s, he owned and regularly performed at a Harlem bar. Roberts made few records during this period, most of which were early piano rolls.

Roberts relocated to Washington, D.C., where he opened a restaurant and led a society band. It was a successful and relatively upscale operation. During this time, he took up a classical composition that was heard at New York’s TownHall.

His final session was for Everest Records in 1959, consisting of an unremarkable set of commercial, honky tonk-styled piano solos with clarinetist Garvin Bushell. Roberts died in 1968.