Lynn Cecelia Eusan was a community activist, journalist, and University of Houston’s first black homecoming.
Eusan was born in Galveston County, Texas, on October 11, 1948, to Ida Mae (Boudreaux) Eusan and Wilbur Thirkield Eusan, Sr.
After graduating from Phillis Wheatley High School, Eusan enrolled at the University of Houston in 1966 to pursue a degree in journalism and education.

During this period, the United States was in turmoil as the black liberation movement was fighting for full democracy in America. The university had desegregated four years earlier, and Eusan was among its scarce population of 400 black students. Life at the University of Houston was often hostile because blacks and other students of color had not been integrated into the mainstream of campus life.

In 1967, Eusan led the fight to further desegregate the university when she helped Dwight Allen and Eugene Locke organize the COBRR (Committee on Better Race Relations). She also co-founded the SHAPE (Self Help for African People through Education) Community Center; was a charter member of Alpha Kappa Alpha, the university’s first black sorority; and was a member of the UH marching band.

During the struggle to transform the University of Houston, Lynn Eusan was elected homecoming queen on November 22, 1968. Her campaign was run by the AABL, and her candidacy was endorsed by the student-run newspaper, the Daily Cougar, over five other white candidates. Many claimed that she was the first black woman to be elected homecoming queen at a predominantly white university in the South, and the story received considerable attention in newspapers across the nation. She was also featured in an article in Ebony magazine.

On March 17, 1969, Eusan was arrested and charged with destruction of public property after participating in a riot that erupted on the UH campus after AABL member Eugene Locke alleged he was assaulted by two white students. Charges against her and others involved were subsequently dropped.

Eusan graduated from the University of Houston in 1970 and was employed at the Voice of Hope, a media arm of HOPE Development, Inc., in the historic Fifth Ward, where she honed her journalistic skills and talent. She was killed in Houston on September 10, 1971, after being abducted and stabbed several times while waiting for a bus to take her to work. Her body was found in the back seat of a car driven by Leo Jackson, Jr., a twenty-six-year-old black male who collided with a police car. Jackson, who was arrested on fourteen previous occasions for rape, assault, and armed robbery, claimed that a hysterical Eusan had assaulted him and stabbed herself and that he was trying to drive her to a hospital. He was later charged with murder but was acquitted in March 1972, much to the shock of many, including Eusan’s family. 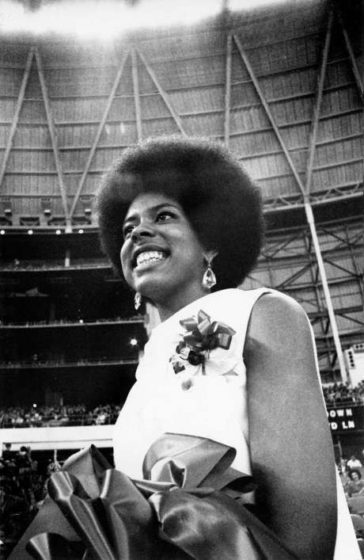