Malcolm X: One of the Most Influential African American Leaders of All Time

You can’t separate peace from freedom because no one can be at peace unless he has his freedom.

Malcolm X was born Malcolm Little in Omaha, Nebraska, on May 19, 1925, moving to Michigan with his family when he was small. He was orphaned at an early age; his mother was harassed by state welfare officers until she effectively lost her mind and was committed to an institution, while his father was murdered by racists. He was sent to a children’s home and was a good student at school. A racist, white teacher tried to discourage him from pursuing his then-dream of becoming an attorney, saying that he should be a carpenter instead and that blacks had no business in law. 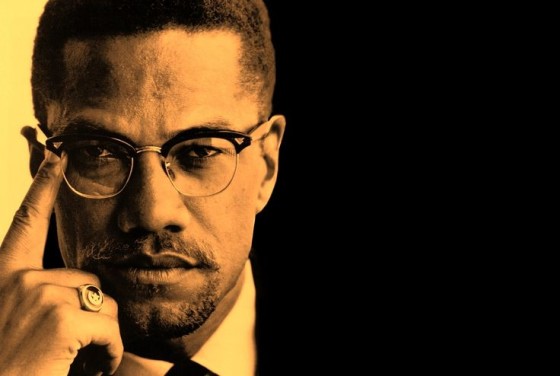 As a teenager, Malcolm Little moved to Boston to stay with his aunt, holding a variety of odd jobs before moving to Harlem in 1943. In Harlem, he became involved with the underworld, working as a pimp, gambler, numbers runner, thief, burglar, and anything else to make money. Upon returning to Boston in 1945, he began burglarizing the homes of wealthy whites. He was arrested in 1946 and sentenced to 8-10 years in prison.

In prison, Malcolm met John Bimbry, who boosted his knowledge base and inspired him to become a voracious reader, a habit he retained until he was murdered in 1965. Malcolm also became influenced by the Nation of Islam, a sect that believed that whites are the devil incarnate and that the black people in the Americas are really “lost tribes,” the “Lost Tribe of Shabazz,” specifically. His brother Reginald was a member of the sect, and corresponded with Malcolm imploring him to accept the organization’s teachings, saying he would “get out of prison” as a result.

Usually when people are sad, they don’t do anything. They just cry over their condition. But when they get angry, they bring about a change.

Malcolm X realized that every interaction that he had with white people was tainted with vice, dishonesty, injustice, and general chicanery, so he believed in the organization’s teachings. He began corresponding with the leader of the group, Elijah Muhammad, and was a thorough convert upon his parole in 1952. By the summer of 1953, Malcolm X was a full-fledged leader in the Nation. He worked as an assistant minister of the temple in Detroit, expanded the temple in Philadelphia, and eventually was assigned as minister to Temple No. 7 in Harlem, where he immediately expanded the organization’s base and attracted hundreds of new members.

His prestige among the masses of Harlem increased in 1957, when he responded to the brutal police beating of John Hinton, a NoI member. He established a mass march on the police station where Hinton was being held, and successful appealed for transport to Harlem Hospital, where Hinton was treated. 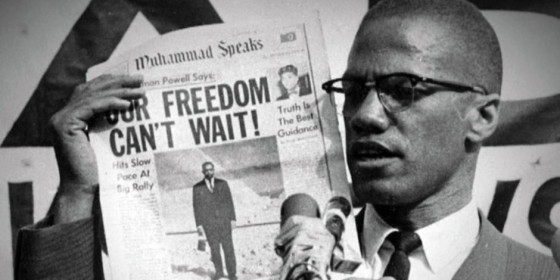 By 1959, Malcolm had come into his own as a respected revolutionary leader of the Black nation. He was constantly invited to meet with leaders of several liberated African nations, and was frequently upheld over leaders like Martin Luther King, Jr. and others in the civil rights movement as being more able to articulate the feelings and desires of the Black masses in urban cities. He implored crowds to struggle for liberation employing “any means necessary,” and rejected the nonviolent, pacifist tactics employed by mainstream groups. He labeled the March on Washington a “farce,” and called John F. Kennedy’s assassination “chickens coming home to roost.” This produced contentions between Malcolm X and Elijah Muhammad, who became jealous of Malcolm’s rise to power and fame, and angry at the disclosure of sexual misbehavior on the part of himself.

Malcolm himself became disheartened by the Nation’s conservative response to incidents of police violence, along with the general cultish behavior of the group. He eventually severed ties with the Nation of Islam, repudiated its black supremacist teachings, and converted to Sunni Islam, making Hajj to Mecca in 1964. He also visited many countries on the African continent, meeting with heads of government/state and giving several interviews and lectures to the press and at universities. 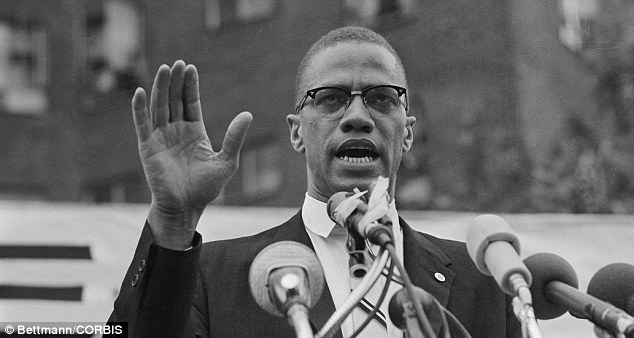 After returning to the United States, his break with the Nation of Islam came back to haunt him, as he was the recipient of several death threats and suffered a firebombing attack on his home. The Nation of Islam’s newspaper, Muhammad Speaks, called for his death, which came at the hands of Nation associated assassins at the Audubon Ballroom on February 21, 1965.

His funeral was widely attended, as he was a true hero of the revolutionary masses of black urban youth and workers. Throughout his celebrated life and career, Malcolm X demonstrated that we must be prepared to use any means available to obtain our liberation, that we must be aware of the actual situation and wants of the masses of people, and that we must retain an internationalist approach.