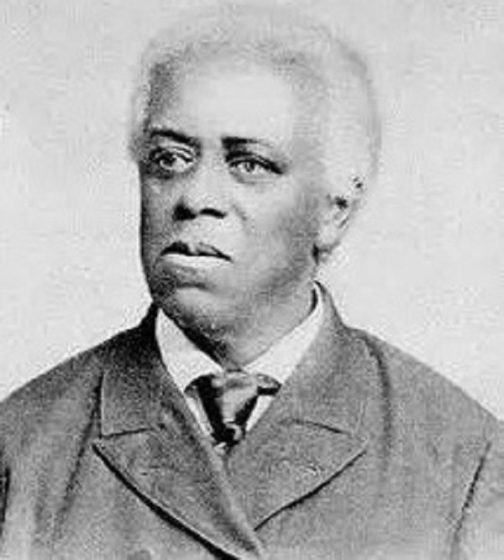 Walker was born in Wilmington, North Carolina to a free black woman, his father died before his birth. According to laws at the time of Walker’s birth, since his mother was free, he was free. Despite his free status inherited from his mother, he grew up stifled by life in a slave society and developed a strong hatred of the institution. He left the South, stating that “If I remain in this bloody land, I will not live long. . . . I cannot remain where I must hear slaves’ chains continually and where I must encounter the insults of their hypocritical enslavers.” He traveled extensively around the country and by 1827 had settled in Boston, where he established a profitable secondhand clothing business.

Walker first published his famous seventy-six-page pamphlet entitled Walker’s Appeal in Four Articles in 1829; Together with a Preamble, to the Coloured Citizens of the World, but in Particular and Very Expressly to Those of the United States of America.

In the emotional but carefully reasoned invective, he urged slaves to rise up against their masters and free themselves, regardless of the great risk involved. “Had you rather not be killed,” he asked, “than to be a slave to a tyrant, who takes the life of your mother, wife, and dear little babies?” He warned white Americans to repent, for their day of judgment was at hand. They should not be deceived by the “outwardly servile character of the Negro,” he wrote, for there was “a primitive force in the black slave that, once aroused, will make him a magnificent fighter.”

The circulation of the Appeal in the South by the summer of 1830 caused great alarm, particularly in Georgia, Virginia, and North Carolina. It made its first appearance in Walker’s home state in Wilmington, where copies were smuggled on ships from Boston or New York and were distributed by a slave thought to have been an agent of Walker’s.

Southern whites found out about the newspaper Walker was distributing, declared it illegal, put a bounty on David’s head with a dead or alive apprehension. On June 18, 1830, David died under mysterious circumstances.

Walker died in Boston three months after the publication of his pamphlet’s third edition. The cause of his death remains a mystery, though it was widely believed that he was poisoned, possibly as a result of large rewards offered by Southern slaveholders for his death. His only child, Edward G. Walker, was born after his death and in 1866 became the first black elected to the Massachusetts state legislature.

« Previous PostKwame Nkrumah: Led Ghana to Independence Next Post »Malcolm X: One of the Most Influential African American Leaders of All Time